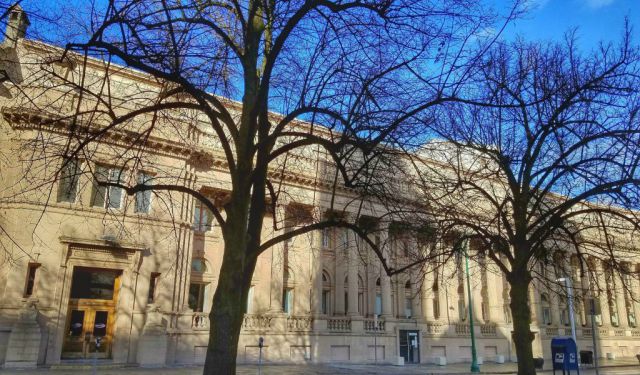 What Makes Spokane Unique and Interesting?, Spokane, Washington (B)

Spokane is located in eastern Washington near the border of Idaho, only 34 miles from Coeur D’Alene. It is home to several colleges, including Gonzaga University, Whitworth college, Spokane Falls Community College, and the Riverpoint campus of Washington State University. While you may not have heard of it, it IS the second largest city in the state of Washington, after Seattle.

The surrounding valley was historically desirable because it was the most viable location for a railroad connection between the east and west, and that’s really how it got its start.

There’s also a river that runs through the valley and the heart of downtown Spokane. The Spokane river attracted settlers for its hydroelectric potential as well as its rugged beauty and life-sustaining qualities. Spokane was primarily known for its natural resources: farms, forests, fur, and mines, as well as being a railroad hub for shipping.

Today, it’s a melding of its past and future. With a large historic downtown district, museums, railroads, state parks and the 1974 Expo site, there’s a lot of the past to discover and explore. But Spokane is growing, too, and you’ll find modern industries, new expansions to their college campuses, and growth in the biotech, high-tech, and healthcare industries. Mining and agriculture still play a key role. Tourism might not be the top industry, but that just means it’s a gem, waiting to be fully discovered! ...... (follow the instructions below for accessing the rest of this article).
This article is featured in the app "GPSmyCity: Walks in 1K+ Cities" on iTunes App Store and Google Play. You can download the app to your mobile device to read the article offline and create a self-guided walking tour to visit the attractions featured in this article. The app turns your mobile device into a personal tour guide and it works offline, so no data plan is needed when traveling abroad.