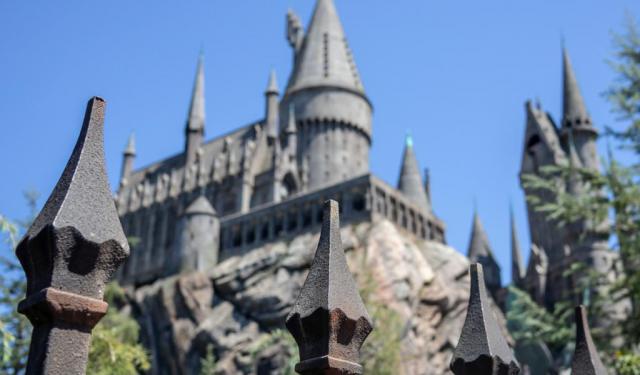 First impressions upon pulling up to Universal Hollywood will be very familiar to Universal Orlando. Both theme parks have expansive City Walks leading to the gate – a collection of shops and restaurants, and entertainment options. Many of the restaurants and bars are the same such as Jimmy Buffett’s Margaritaville. Notable standards in Hollywood CityWalk is the surprisingly good beer at Karl Strauss Brewing and Portland’s favourite treat – Voodoo Doughnuts. ...... (follow the instructions below for accessing the rest of this article).
This article is featured in the app "GPSmyCity: Walks in 1K+ Cities" on iTunes App Store and Google Play. You can download the app to your mobile device to read the article offline and create a self-guided walking tour to visit the attractions featured in this article. The app turns your mobile device into a personal tour guide and it works offline, so no data plan is needed when traveling abroad.