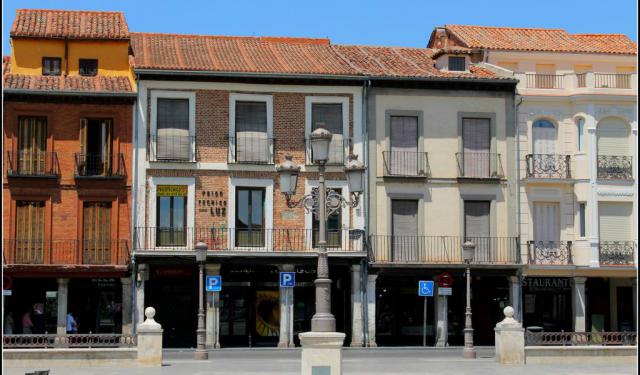 What to Do in Alcalá de Henares: the City of Cervantes, Alcala de Henares, Spain (B)

The Spain of my pre-Sevilla had one leading protagonist (perhaps loverboy?) : Miguel de Cervantes Saavedra. Spain’s most famous author is best known for his chronicle of Spanish knighthood, Don Quijote, Man of La Mancha, and he penned the book while living in Valladolid over 400 years ago.

If you’ve ever studied Spanish, you’ve likely been force-fed the adventures of a wayward knight whose fantasies took over his perceptions of daily life. These days, my fantasies have been about getting out and exploring my new city and its surrondings.

So it seemed only fitting to make our first day trip from Madrid to Alcalá de Henares, the city in which Cervantes was born and to which his name is commonly associated to pay an early homage to his and contributions to the Spanish language and its literature. I’d visited Alcalá on a biting cold April afternoon in 2013; this time, the Novio and I chose a clear day in mid-July to escape the heat in La Capi.

My sense of direction is far sharper than my common sense, so my feet led us right into the historic center and to the Plaza de Cervantes. Ringed with benches and Spanish abuelos(Do I need to tell you that I fell in love with the city immediately?), it sidles up to the university, historic city and Calle Mayor, and is crowned by the former Santa María la Mayor church. ...... (follow the instructions below for accessing the rest of this article).
This article is featured in the app "GPSmyCity: Walks in 1K+ Cities" on iTunes App Store and Google Play. You can download the app to your mobile device to read the article offline and create a self-guided walking tour to visit the attractions featured in this article. The app turns your mobile device into a personal tour guide and it works offline, so no data plan is needed when traveling abroad.