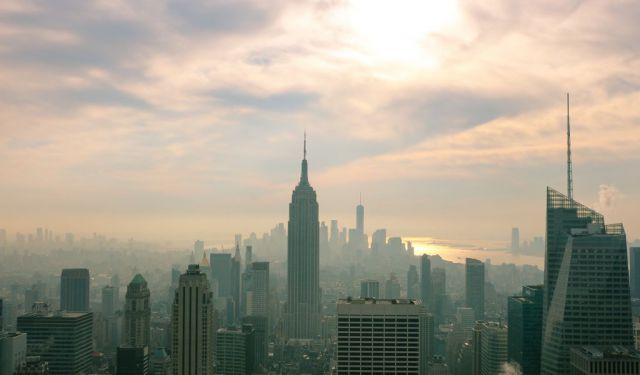 What to do in Manhattan in the Winter, New York, New York (B)

This weekend I said farewell to the Big Apple and am now packing my bags for our next adventure. I know the last time I moved I did a farewell post on the city I had been living in at the time (Stevens Point). While technically I don’t live in NYC, I live in Princeton, New Jersey…I am really going to miss being close to NYC. And at the risk of offending someone, let’s just say I won’t be missing anything about New Jersey, other than its proximity to New York.

So, this post will be about what I did this weekend to wrap up our time in NYC! I was especially lucky because for this last weekend in the city, I had a group of friends in town and we had incredibly warm weather for the middle of December…and we were able to check out some rather unique NYC experiences!

BATSU! is a live Japanese game show in the East Village that we went to on Thursday night. It was absolutely hilarious! And we actually were especially lucky that night, because the show was sold out (order your tickets online ahead of time!)…but no one had bought the VIP table. So, our group was chosen to sit at the VIP table for the show! We had a great view of the 4 warriors as they competed in challenges that had a “Whose Line Is It Anyway?” vibe to it. However, when the comedians would mess up, they risked getting hit by paintballs, getting shocked by an electric collar, or having an egg smashed on their head..just to name a few. And if you are feeling especially adventurous, you can even sign up to be a part of the show and compete in the competitions! Our group chickened out, but it was still fun to watch everyone else. In the pics below, the contestants can be seen eating sushi off one of the warriors (haha)…and one of them even had to suck soy sauce out of his belly button! Seriously, this show had us in stitches all night…and it also has a full food and bar menu. So, we were able to sip drinks and each sushi while we watched the games. ...... (follow the instructions below for accessing the rest of this article).
This article is featured in the app "GPSmyCity: Walks in 1K+ Cities" on iTunes App Store and Google Play. You can download the app to your mobile device to read the article offline and create a self-guided walking tour to visit the attractions featured in this article. The app turns your mobile device into a personal tour guide and it works offline, so no data plan is needed when traveling abroad.

Create Your Own Self-Guided Walks in New York
Guide Name: What to do in Manhattan in the Winter
Guide Location: USA » New York
Guide Type: Self-guided Walking Tour (Article (B))
Author: Lindsey Puls
Read it on Author's Website: http://have-clothes-will-travel.com/leaving-nyc-bang/
Sight(s) Featured in This Guide: