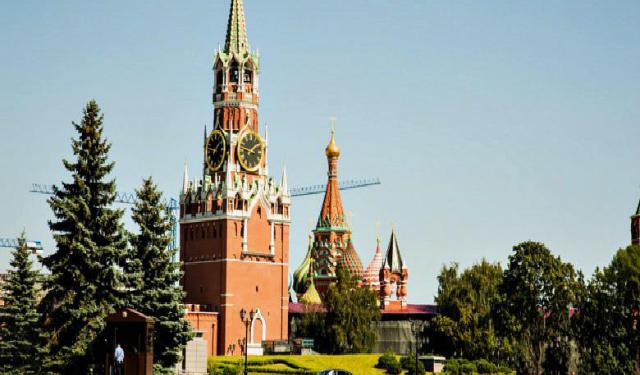 What To Know Before Going Inside The Kremlin, Moscow, Russia (B)

No trip to Moscow, Russia would be complete without going inside the Kremlin. However, getting inside is not an entirely easy process. And what exactly is the Kremlin, anyways? This post will explain!

The Kremlin is a fortified complex in the heart of Moscow. Inside there are five palaces, four cathedrals, and an enclosing wall. The Grand Kremlin Palace is also located inside, which is the official residence of Russia’s president…like The White House. (However, he doesn’t actually live there.)

Assumption Cathedral: This is where all of Russia’s tsars were crowned. It’s the oldest and most important church in the Kremlin. It also acted as the headquarters of the Russian Orthodox Church from 1326.

Archangel Cathedral: The Cathedral of the Archangel contains the tombs of all the rulers of Muscovy and Russia from the 14th Century until Peter the Great moved the capital to St Petersburg. (It’s very beautiful inside! No photos allowed inside, though.)

Annunciation Cathedral: This beautiful cathedral had been the private chapel of the Moscow great princes and tsars for centuries. *Side note, you can also visit displays in its basement! Not many people realize this, and we were the only ones inside the basement on a very busy Saturday. ...... (follow the instructions below for accessing the rest of this article).
This article is featured in the app "GPSmyCity: Walks in 1K+ Cities" on iTunes App Store and Google Play. You can download the app to your mobile device to read the article offline and create a self-guided walking tour to visit the attractions featured in this article. The app turns your mobile device into a personal tour guide and it works offline, so no data plan is needed when traveling abroad.

Create Your Own Self-Guided Walks in Moscow
Guide Name: What To Know Before Going Inside The Kremlin
Guide Location: Russia » Moscow
Guide Type: Self-guided Walking Tour (Article (B))
Author: Lindsey Puls
Read it on Author's Website: https://have-clothes-will-travel.com/what-to-know-before-going-inside-the-kremlin/
Sight(s) Featured in This Guide: