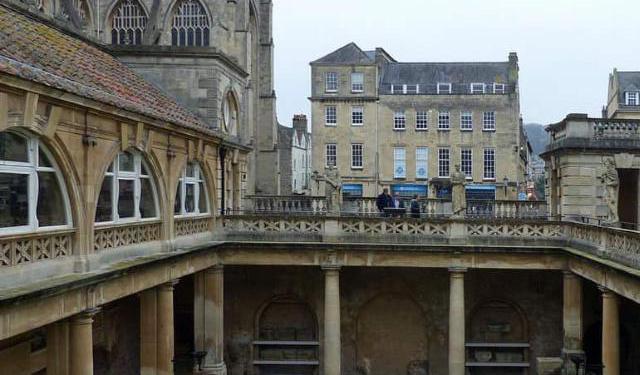 What to See and Do in Bath: a World Heritage Site, Bath, England (B)

Many tourists only spend a day, or even just a few hours, in Bath. But there is much more than you could see in a day, and if you take the opportunity to explore the surrounding countryside, you could easily spend a week here. The whole city is a UNESCO World Heritage Site and it is jam-packed with history, museums and 18th century architecture.

The City of Bath became a UNESCO World Heritage Site in 1987. The first part of the inscription is the Roman remains and the natural hot springs that led to the foundation of the city. Then there is the unparallelled example of Georgian town planning, the magnificent Palladian-style architecture, and the social importance of the city in the 18th century. The final criterion is the “green setting of the city”, with parks, terraces and skyline views.

Bath’s natural hot springs prompted the Romans to found a city which they named Aqua Sulis. The Roman Baths were redeveloped in the 18th century and became a major attraction for visitors. Today the Baths, and the adjoining museum which shows the remains of the Roman city, are very popular with tourists. If you are in Bath during the summer months a good tip is to visit in the evening, when the Baths are torchlit and the day-trippers have gone home, leaving it much less crowded. (Read more about the Roman Baths.) ...... (follow the instructions below for accessing the rest of this article).
This article is featured in the app "GPSmyCity: Walks in 1K+ Cities" on iTunes App Store and Google Play. You can download the app to your mobile device to read the article offline and create a self-guided walking tour to visit the attractions featured in this article. The app turns your mobile device into a personal tour guide and it works offline, so no data plan is needed when traveling abroad.

Create Your Own Self-Guided Walks in Bath
Guide Name: What to See and Do in Bath: a World Heritage Site
Guide Location: England » Bath
Guide Type: Self-guided Walking Tour (Article (B))
Author: Karen Warren
Read it on Author's Website: https://www.worldwidewriter.co.uk/what-to-see-and-do-in-bath-uk-a-world-heritage-site.html
Sight(s) Featured in This Guide: