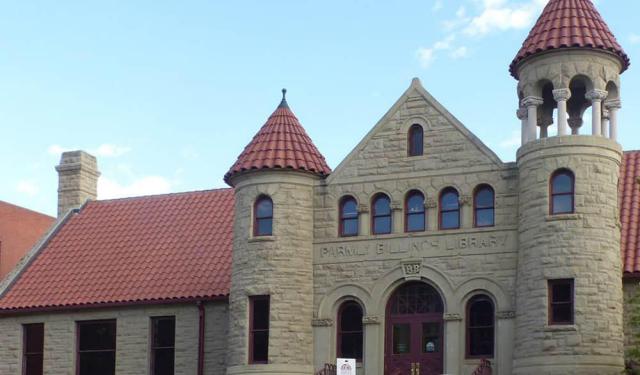 Billings is the largest town in Montana, but it tends to be neglected as a tourist destination. It is overshadowed by the Glacier National Park in the far north of the state, and Yellowstone to the south. However it has a stunning natural location in the Rocky Mountains, and it is surrounded by state parks and historic sites. There is lots to see and do, both in the city of Billings and in the surrounding countryside.

Named after the president of the Northern Pacific Railway, Billings was built as a railroad town in 1882. It quickly grew as a commercial centre, and expanded again with the discovery of oil in the mid-20th century.

But what you notice first is the spectacular geology of the town. On one side it is bounded by the Yellowstone River, on the other the huge Rimrocks (almost 250 tall in some places) loom over the city. This makes for a unique natural environment.

In the early days Billings was very much a pioneer town, and you can still see buildings from that era in the historic centre. These include the Beaux Arts style Billings Depot, built for the railway in 1909 and now used as an events venue. Behind the Depot is a long series of information boards detailing the history of Billings and life in the west. ...... (follow the instructions below for accessing the rest of this article).
This article is featured in the app "GPSmyCity: Walks in 1K+ Cities" on iTunes App Store and Google Play. You can download the app to your mobile device to read the article offline and create a self-guided walking tour to visit the attractions featured in this article. The app turns your mobile device into a personal tour guide and it works offline, so no data plan is needed when traveling abroad.

Create Your Own Self-Guided Walks in Billings
Guide Name: What to See and Do in Billings, Montana
Guide Location: USA » Billings
Guide Type: Self-guided Walking Tour (Article (B))
Author: Karen Warren
Read it on Author's Website: https://www.worldwidewriter.co.uk/what-to-see-and-do-in-billings-montana.html
Sight(s) Featured in This Guide: