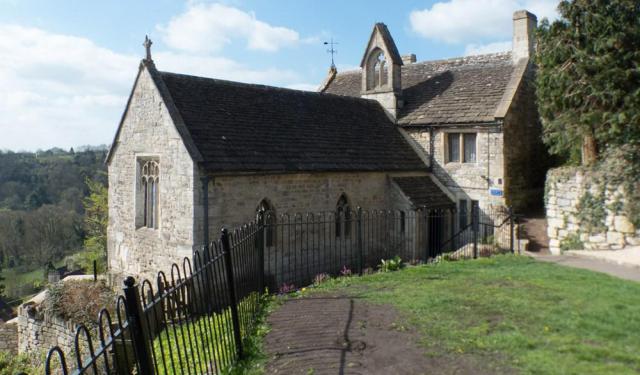 What to See and Do in Bradford on Avon, Bradford-on-Avon, England (B)

Bradford on Avon is often overlooked by the tourists who flock to the nearby city of Bath. Which is a pity: like Bath, it has an enviable location in the Avon Valley and, unlike Bath, it is a medieval town with lots of older buildings. Whether you visit for a few hours, or a little longer, you will find plenty to see and do in Bradford on Avon.

Bradford on Avon lies in the Avon Valley, on the edge of the Cotswolds. A river and a canal run through the valley, and houses climb up the steep sides. This creates a picturesque setting, with opportunities for exploration and riverside walks. The compact town centre is full of historic buildings, mostly built from the local Cotswold stone. Don’t forget to walk along The Shambles, the medieval street where the butchers once plied their trade (fortunately it is cleaner and more genteel now…) And there are lots of places to eat and drink.

Bradford on Avon dates back to Roman times. The Roman road from London passes the edge of the town, and the remains of a villa have been discovered. There isn’t much to see now, but the town museum has some Roman coins and other local finds. The settlement grew during the Saxon era. The oldest remaining building is the Saxon Church of St Laurence, probably first established in the 8th century. In 1001 Bradford on Avon, with its church and manor farm, was granted to Shaftesbury Abbey, 29 miles away. The town continued to expand, and many of the buildings date from the later Middle Ages. ...... (follow the instructions below for accessing the rest of this article).
This article is featured in the app "GPSmyCity: Walks in 1K+ Cities" on iTunes App Store and Google Play. You can download the app to your mobile device to read the article offline and create a self-guided walking tour to visit the attractions featured in this article. The app turns your mobile device into a personal tour guide and it works offline, so no data plan is needed when traveling abroad.