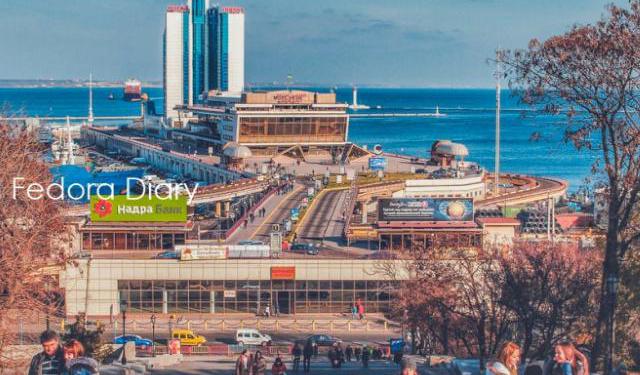 Ukraine’s third most populated city, Odessa is a favorite seaside destination for locals and its neighboring countries. Often called the “pearl of the Black Sea”, there are many interesting things to do in Odessa. Rich in history and culture, every traveler can find something of their taste.

Before Odessa was established as a city, it used to be an ancient Greek settlement. And its name comes from a Greek city of Odessos, which was wrongly thought to have been placed here. Russian Empire’s queen, Catherine the Great declared to set the city of Odessa in 1794.

After Moscow, Warsaw, and Saint Petersburg, Odessa used to be the fourth largest city of Russian Empire during the 19th century. Surprisingly, the architecture of the city is not Russian. Its Mediterranean influenced by Italian and French styles; while some of its buildings are constructed with the blend of various styles, including Renaissance, Art Nouveau, and Classicist.

The city of Odessa is easily accessible by different means of transport. During our trip to Ukraine, Odessa was our third stop after Lviv. Therefore, the easiest way to get there for us was to take a night train. However, trains run during the day too. ...... (follow the instructions below for accessing the rest of this article).
This article is featured in the app "GPSmyCity: Walks in 1K+ Cities" on iTunes App Store and Google Play. You can download the app to your mobile device to read the article offline and create a self-guided walking tour to visit the attractions featured in this article. The app turns your mobile device into a personal tour guide and it works offline, so no data plan is needed when traveling abroad.

Create Your Own Self-Guided Walks in Odessa
Guide Name: What to See and Do in Odessa, Ukraine
Guide Location: Ukraine » Odessa
Guide Type: Self-guided Walking Tour (Article (B))
Author: Baia Dzagnidze
Read it on Author's Website: https://www.redfedoradiary.com/things-to-do-in-odessa/
Sight(s) Featured in This Guide: