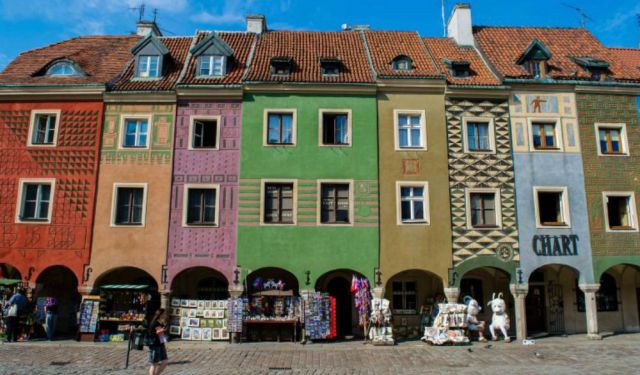 It’s rather peculiar that the city of Poznan in Western Poland isn’t a larger tourist destination. While Poznan is one of the biggest cities in Poland, it’s nowhere near as well-known to tourists as Krakow, Warsaw or Gdansk.

The city boasts many of the same qualities that makes Poland such an enticing country to visit – history, architecture, stories and food – but often with its own interesting twists. This is possibly due, in part, to it being part of Prussia prior to World War I. There’s also the fact that it was the scene of one the country’s most successful uprisings in 1919, leading to it being returned to Poland.

Visiting the city, I was constantly noticing elements that felt familiar and yet had intriguing differences that felt distinctly tied to the city of Poznan. These differences varied from pivotal moments of history, to architectural styles, to humorous explanations for the city’s emblem. Here are some of the many places I enjoyed exploring during my visit to Poznan, each a reason why I think Poznan deserves more attention from visitors to Poland.  ...... (follow the instructions below for accessing the rest of this article).
This article is featured in the app "GPSmyCity: Walks in 1K+ Cities" on iTunes App Store and Google Play. You can download the app to your mobile device to read the article offline and create a self-guided walking tour to visit the attractions featured in this article. The app turns your mobile device into a personal tour guide and it works offline, so no data plan is needed when traveling abroad.