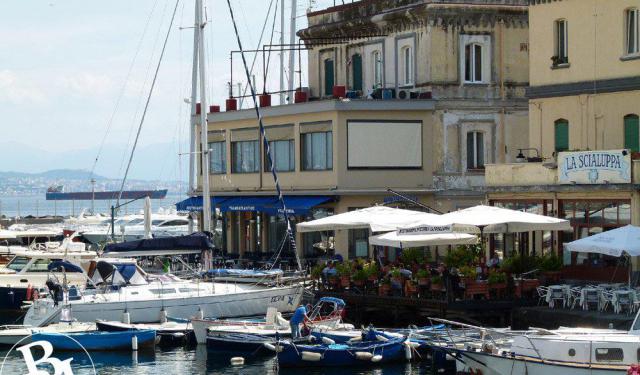 Why Should You Visit Naples?, Naples, Italy (B)

In all the years I had been going to Italy, I had always refused to go to Naples. I was convinced that it was a hotbed of crime and corruption, with filthy streets, and that there was nothing to see anyway. But eventually, lured by the offer of a cheap flight, I decided to find out for myself. As I walked along cobbled streets, catching the occasional glimpse of the Bay of Naples or Mount Vesuvius in the distance, I reflected on the friendliness of the people, and realised how wrong I had been. I felt perfectly safe, and there was plenty to see… So why should you visit Naples, and what is there to see and do there?

I discovered several reasons to visit Naples. Firstly, this is one of the oldest cities in Italy, a historic sea port founded by the Greeks in 470 BCE. And, as indicated by the proximity of Pompeii and Herculaneum, the area was also important to the Romans.

You will find the elegant shopping streets and multitudinous restaurants that you would expect in Italy, with the added bonus of a seafront area. Then there is the city’s enviable location on the Bay of Naples, sandwiched between the mountains and the sea. It is also ideally situated for a variety of day trips. ...... (follow the instructions below for accessing the rest of this article).
This article is featured in the app "GPSmyCity: Walks in 1K+ Cities" on iTunes App Store and Google Play. You can download the app to your mobile device to read the article offline and create a self-guided walking tour to visit the attractions featured in this article. The app turns your mobile device into a personal tour guide and it works offline, so no data plan is needed when traveling abroad.

Create Your Own Self-Guided Walks in Naples
Guide Name: Why Should You Visit Naples?
Guide Location: Italy » Naples
Guide Type: Self-guided Walking Tour (Article (B))
Author: Karen Warren
Read it on Author's Website: https://bewitchedbyitaly.com/why-should-you-visit-naples.html
Sight(s) Featured in This Guide:
Where To Stay in Naples, Italy - Guide of Best Areas and Hotels