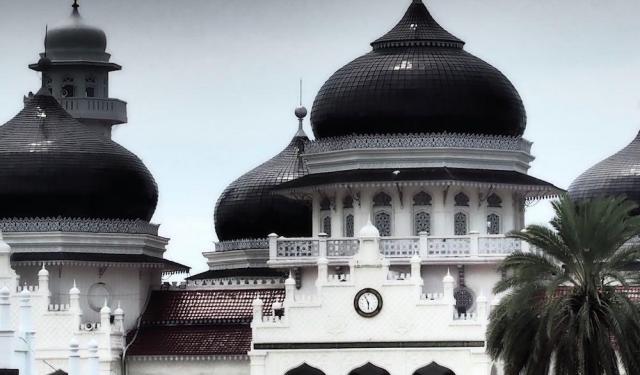 You don’t see too many foreign tourists in Banda Aceh (pronounced Atch-ay). That is, apart from those who are passing through from the airport to the pier on their way across to the tropical island of Pulau Weh.

This city on the northern tip of Sumatra came abruptly to the world’s attention on Boxing Day 2004 when the third-largest earthquake on record cracked the earth’s crust some miles offshore, creating a monumental tsunami which hit Banda Aceh harder than any other place in the Indian Ocean. It’s estimated that a wave as high as 20 metres struck the shore. Over 170,000 people lost their lives in the province of Aceh alone and the city itself was flattened.

More than ten years on, the city has been pretty much rebuilt from scratch, while permanent memorials to the disaster remain. Together with its beautifully tropical surroundings, it would seem like an obvious place for at least a steady trickle of tourists to seek out and explore. But we saw none during the twenty-four hours we were there. ...... (follow the instructions below for accessing the rest of this article).
This article is featured in the app "GPSmyCity: Walks in 1K+ Cities" on iTunes App Store and Google Play. You can download the app to your mobile device to read the article offline and create a self-guided walking tour to visit the attractions featured in this article. The app turns your mobile device into a personal tour guide and it works offline, so no data plan is needed when traveling abroad.