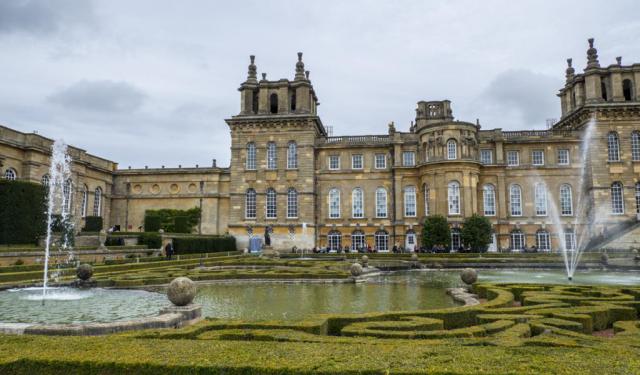 It is believed the historic town of Woodstock in Oxfordshire was founded in 1279 by Henry II to provide housing for his retinue of servants during his frequent visits to his royal hunting lodge at Woodstock Manor.

Woodstock was also generally considered to have been the home of Henry II’s mistress Rosamund Clifford. The hunting lodge is long gone and Woodstock Castle was built on its site after it was demolished. This castle was destroyed during the English Civil War it was replaced by Blenheim Palace, built between 1705 and 1724. But the town continued to flourish. During the sixteenth century the town prospered due to its glove-making industry. During the eighteenth century it housed workers involved in the building of Blenheim Palace. Once the palace was completed tourists were attracted to the town and its coaching inns offered rest and refreshment to the travellers and the coach horses. Several of these coaching inns have been converted into hotels, one of them being The Bear Hotel, a thirteenth century coaching inn on Park Street. Also on Park Street is the parish church of Woodstock. ...... (follow the instructions below for accessing the rest of this article).
This article is featured in the app "GPSmyCity: Walks in 1K+ Cities" on iTunes App Store and Google Play. You can download the app to your mobile device to read the article offline and create a self-guided walking tour to visit the attractions featured in this article. The app turns your mobile device into a personal tour guide and it works offline, so no data plan is needed when traveling abroad.