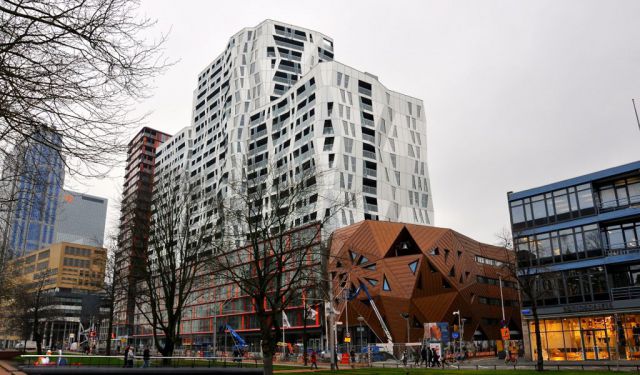 Image by FaceMePLS on Flickr under Creative Commons License.

The Chinatown in Rotterdam is the largest Chinatown in the Netherlands. It is full-on fun and excitement with its heady mix of restaurants, supermarkets and specialty shops. This Chinatown dates back to the early part of the 20th century when it was founded near the docks. However, it moved to its current locale in the 1980s.

Although, there are a number of touristy shops, most of the retail outlets cater for the local residents. Chinese stores and restaurants may predominate, but the neighborhood is also a melting pot of other cultures. Visit the West-Kruiskade to find a diverse range of specialized and multicultural shops, cafés and restaurants. Among them are Korean bakeries, Islamic butchers and Middle Eastern bazaars.
Use your visit to Chinatown as a good excuse for trying foods that are not normally on your shopping list. You will probably also come across products from far away places that are usually difficult to source. Those who love to experiment in the kitchen will not be disappointed with a visit to Chinatown.

Away from thoughts of delicious foodstuffs, head to Westersingel Sculpture Route along the Westersingel canal. Peruse works of art from Rotterdam’s International Sculpture Collection. There are captivating pieces by such prominent names as Rodin and Carel Visser.
How it works: A discovery walk features a route using which you can explore a popular city neighborhood on your own. This walk, along with other self-guided walks in over 1,000 cities, can be found on the app "GPSmyCity: Walks in 1K+ Cities" which can be downloaded from iTunes App Store or Google Play to your mobile phone or tablet. The app's built-in GPS navigation functions allow following this walk route with ease. The app works both online and offline, so no data plan is needed when traveling abroad.