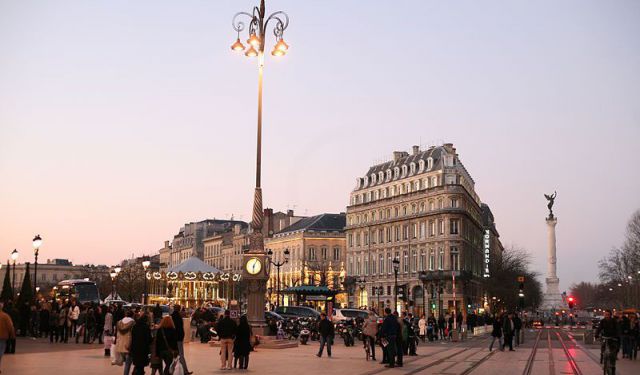 Fashion conscious Bordeaux more than lives up to its reputation as a superlative shopping destination. Its streets are lined with stores selling fashion, wine, jewelry, luxury goods and much more. One of the main shopping areas is the rue Sainte Catherine, a 1.2 kilometer pedestrianized thoroughfare. It starts at Place de la Victoire and ends at Place de la Comédie by the Grand Theater, a popular cultural venue that boasts a magnificent Neo-Classical façade.

The street is one of the longest shopping avenues in Europe and it features big name stores as well as exclusive independent boutiques. The more affordable stores are to be found down near the Place de la Victoire, and they become increasingly more expensive and exclusive in the vicinity of the theater. Along Sainte Catherine, you will also find numerous restaurants and cafés.

For an expensive and luxury shopping experience, investigate the Triangle-d’Or (Golden Triangle), home to many top-end stores. Here you can shop in the regional stores of several famous Paris design houses. Among the other big names you will come across during your shopping trip in the triangle are Hermes, Hugo Boss and Rolex. More luxury items can be found on Gambetta Square and its surrounding streets and lanes.
Image Courtesy of Wikimedia and Ludovic Courtès.
How it works: A discovery walk features a route using which you can explore a popular city neighborhood on your own. This walk, along with other self-guided walks in over 1,000 cities, can be found on the app "GPSmyCity: Walks in 1K+ Cities" which can be downloaded from iTunes App Store or Google Play to your mobile phone or tablet. The app's built-in GPS navigation functions allow following this walk route with ease. The app works both online and offline, so no data plan is needed when traveling abroad.