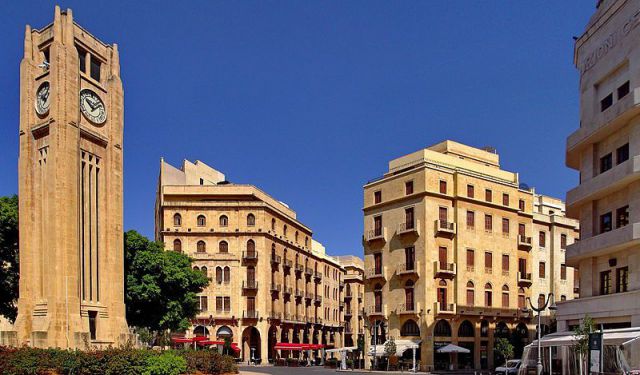 At the heart of Lebanon’s capital, Beirut Central District is an area thousands of years old, traditionally a focus of business, finance, culture and leisure. Its reconstruction constitutes one of the most ambitious contemporary urban developments. Downtown Beirut is the recently renovated city center that boasts fancy and designer stores.

Saifi Village, in the heart of downtown Beirut, is set to become one of the region’s hottest art destinations with galleries, antique shops, design studios and specialist boutiques dotting its picturesque streets. Saifi Village’s Quartier Des Arts is fast developing into a meeting place for an eager public and artists from around the world.

The neighborhood is also known as Le Quartier des Arts due to its numerous art galleries, antique store, artisan shops, and specialty boutiques. Every Saturday morning, farmers sell their fresh organic produce and other products at Souk el Tayeb in a little square in the village. Its name "Saifi Village" comes from the Arabic word "summer" because summer is one of the nicest seasons in the country and the best time for tourists to come visit the village.

Nijmeh Square, or Place de l'Étoile, is the central square in the Downtown area. It is home to the Lebanese Parliament and its complementary buildings, two cathedrals, a museum, and several cafes and restaurants. Most notable for its Art Deco architecture, the square has become a recognizable icon of Beirut City worldwide. The jewel of the square is a 1930s clock-tower with its four-faced Rolex clock. Today, the square is filled with tourists and locals who come here to dine, walk or enjoy the street life. The square is also known for its noticeable population of pigeons.

The Beirut Souks is a mega-shopping district in Downtown Beirut. It is home to more than 200 shops and a department store, thus making it Beirut's biggest shopping strip. The souks project is a reconstruction of the old medieval market, after it sustained irreparable damage from the Lebanese Civil War. An afternoon spent wandering through the high-street stores and newly opened big-name brands is pleasant enough. Pop in to nearby Elie Saab and Zuhair Murad, known for their red-carpet gowns and pure Lebanese glamor. On the other end of the spectrum, Starch Boutique showcases a fresh crop of young design talent every year, and is the best place to pick up one-off, contemporary clothing.
Image Courtesy of Wikimedia and Heinz Hövel.
How it works: A discovery walk features a route using which you can explore a popular city neighborhood on your own. This walk, along with other self-guided walks in over 1,000 cities, can be found on the app "GPSmyCity: Walks in 1K+ Cities" which can be downloaded from iTunes App Store or Google Play to your mobile phone or tablet. The app's built-in GPS navigation functions allow following this walk route with ease. The app works both online and offline, so no data plan is needed when traveling abroad.