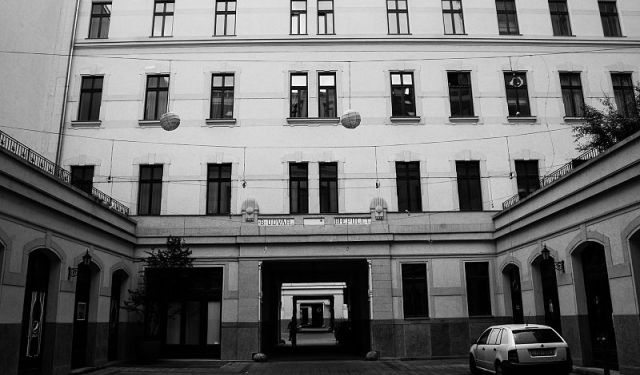 With grand old homes, historic churches, a beautiful parliament building, stunning bridges and modern office blocks, Budapest is a city with a lot of architectural character. Less obvious to the eye, but equally fascinating are its inner city courtyards, gorgeous passageways and roads with captivating buildings, boutiques and shops.

A must-see is the Gozsdu Courtyard, once the heart of the city's Jewish quarter and a favorite with movie directors. It is filled with pubs, bars and restaurants and every Sunday between March and October there is a market here. Stop by the Small Boulevard (Károly körút), a major artery with such notable buildings as the Hungarian National Museum. In Kossuth Lajos Street, visit Paloma Court an old building that is a concept store, performance venue and art gallery.

Go to Unger Court for its clutch of small stores, including one of Budapest's cheapest bookstores. One of the most beautiful places in the city for a shopping expedition is the Parisian Court, a covered Art Deco shopping arcade that was built in the early 20th century. Browse its many stores and admire the architectural design features, including a magnificent glass roof and carved decorative elements.
Image Courtesy of Wikimedia and torobala.
How it works: A discovery walk features a route using which you can explore a popular city neighborhood on your own. This walk, along with other self-guided walks in over 1,000 cities, can be found on the app "GPSmyCity: Walks in 1K+ Cities" which can be downloaded from iTunes App Store or Google Play to your mobile phone or tablet. The app's built-in GPS navigation functions allow following this walk route with ease. The app works both online and offline, so no data plan is needed when traveling abroad.