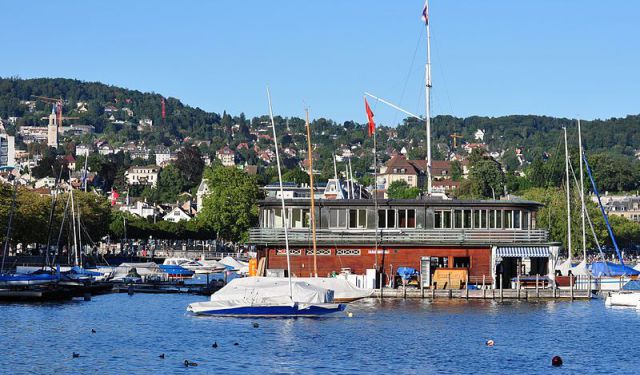 It doesn’t matter what time of year you visit Zurich, a walk along the shoreline of the beautiful lake is an absolute must. Many people make a beeline for the large freshwater body, so it can often be busy, especially during the summer. This is particularly true of the Seefeld side. However, the western shore attracts fewer people, which is one of the reasons why it is such a good spot for visitors. In addition to the lake, there are many others sites of interest to explore while you are in the area.

Go to the Arboretum, a pastoral delight that is a botanical garden, public park and arboretum all rolled into one. Spend some time among the trees, which come from many different parts of the world, such as Japan, China, Canada and the Middle East. The Arboretum is part of the Quaianlagen, the lakeshore quays that were inaugurated in the late 19th century. Also in the Lake Zurich locale are a public bath, lido and lake sauna.

Between the Arboretum and Strandbad Mythenquai is Hafen Enge, meaning the harbor area in Enge. Stroll around the dock where you will come across Züri-Leu, a large and impressive statue of a lion. Walk along the spacious promenade known as General-Guisan-Quai. It features several rows of trees, and was named after a General of the Swiss Army.
Image Courtesy of Wikimedia and Roland zh.
How it works: A discovery walk features a route using which you can explore a popular city neighborhood on your own. This walk, along with other self-guided walks in over 1,000 cities, can be found on the app "GPSmyCity: Walks in 1K+ Cities" which can be downloaded from iTunes App Store or Google Play to your mobile phone or tablet. The app's built-in GPS navigation functions allow following this walk route with ease. The app works both online and offline, so no data plan is needed when traveling abroad.