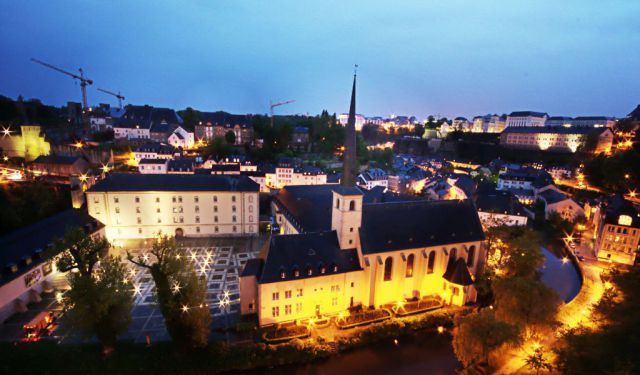 The UNESCO World Heritage Ville Hauteis (Old Town) is a beautiful and inspiring place in the gorge of the River Alzette. The zigzagging streets host heritage buildings, grand squares and palaces, all within a few minutes' walking distance of each other. There are several noteworthy buildings in the area. Visit the beautiful 17th-century Cathedrale de Notre Dame, which was built by the Jesuit religious order.

Admire the late Gothic architecture and its mix of Renaissance elements. Other important locations include two public squares and their clutch of historic buildings, Place Guillaume II and Place d’Armes. For food, there are plenty of delicious options, including a number of Michelin-starred restaurants.

To reach the oldest part of the city, take the elevator or stairs from the Old Town. They bring you to Grund, an affluent neighborhood on the banks of the Alzette. This picturesque area is noted for its fine restaurants, bars and pubs which make it a popular nightspot. History lovers will enjoy a visit to the neighborhood’s Abbey of Neumunster, which sheltered monks in the 16th century. Parts of this complex are a UNESCO World Heritage Site and during its long history, the abbey also served as a prison and a barracks. Today, concerts, exhibitions and seminars are hosted here.
Image Courtesy of Flickr and Alfonso Jimenez.
How it works: A discovery walk features a route using which you can explore a popular city neighborhood on your own. This walk, along with other self-guided walks in over 1,000 cities, can be found on the app "GPSmyCity: Walks in 1K+ Cities" which can be downloaded from iTunes App Store or Google Play to your mobile phone or tablet. The app's built-in GPS navigation functions allow following this walk route with ease. The app works both online and offline, so no data plan is needed when traveling abroad.