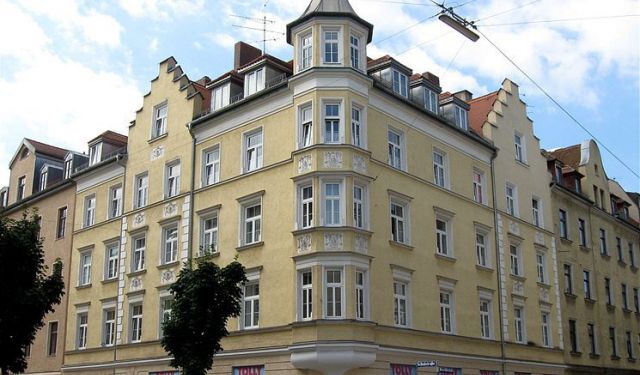 The Neuhausen district is a place to come to revel in some of the city's most exquisite 19th-century architecture. Among the standout features are the numerous well-preserved Jugendstil buildings. The name came from the Munich magazine Die Jugend (“Youth”) which used to feature Art Nouveau designs. Admire their shapes, form and detailing. The neighborhood contains numerous expensive villas and is where many wealthy Munich citizens live.

The streets are quiet, well maintained and have beautifully trimmed hedges. A stellar attraction is the Nymphenburg Palace, a marvel of Baroque architecture that used be the summer residence of Bavarian kings. Next door is a huge garden with lakes, canals and large grassy expanses. Neuhausen also contains other parks where you can play sports, jog, walk and unwind among the splendors of nature. In addition to the sights, there are a number of specialty shops to explore.

Break up your wanderings through the neighborhood with some refreshments in a café or restaurant. A visit to Neuhausen promises relaxing moments surrounded by genteel luxury. Not surprisingly, the neighborhood is a highly desirable place to live, one of the most sought after in the city.
Image Courtesy of Wikimedia and Rufus46.
How it works: A discovery walk features a route using which you can explore a popular city neighborhood on your own. This walk, along with other self-guided walks in over 1,000 cities, can be found on the app "GPSmyCity: Walks in 1K+ Cities" which can be downloaded from iTunes App Store or Google Play to your mobile phone or tablet. The app's built-in GPS navigation functions allow following this walk route with ease. The app works both online and offline, so no data plan is needed when traveling abroad.