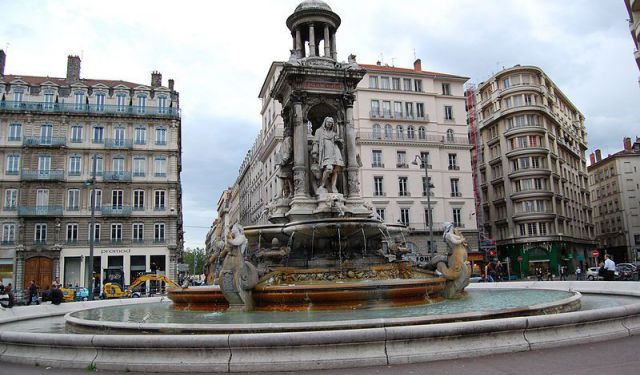 Few things are harder to beat than strolling through the fashionable streets of the Presqu’île district for a spot of window shopping, especially on a sunny day. This is the principle commercial area of Lyons and it boasts more than 3,000 shops. It also exudes charm, elegance and beauty.

The district sits between the banks of the Saône and the Rhône rivers and many of the shops can be found beneath the grand facades of 19th-century Haussmannian buildings. Expect to see some very well and expensively dressed people on the streets as many people come to Presqu’île to be seen.

Most visitors head to the rue de la Republique, the main shopping street in Lyon. It is similar to the Champs Elysee in Paris in that it is home to some very upscale boutiques and large department stores. You will also find high-street chains, quirky boutiques and large national and international chains here.

Among the district's other main shopping streets is rue du Président Edouard Herriot, which was laid out in the 1860s. Whatever you are looking to buy, there’s a good chance you’ll find it among the shops, boutiques and stores of Presqu’île. And from some of sites in the district you’ll be able to take in river views.
Image Courtesy of Wikimedia and edwin.11.
How it works: A discovery walk features a route using which you can explore a popular city neighborhood on your own. This walk, along with other self-guided walks in over 1,000 cities, can be found on the app "GPSmyCity: Walks in 1K+ Cities" which can be downloaded from iTunes App Store or Google Play to your mobile phone or tablet. The app's built-in GPS navigation functions allow following this walk route with ease. The app works both online and offline, so no data plan is needed when traveling abroad.