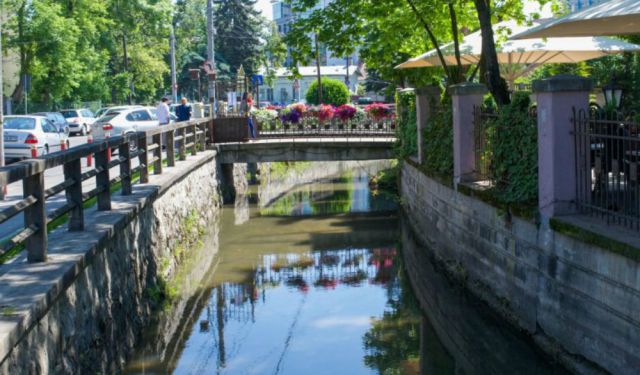 Looking back at my posts from Romania, I realised that I only ever shared a post on places to eat from the Transylvanian city of Cluj-Napoca. That’s a pity, as the cosmopolitan Cluj was probably my favourite big city stop during my Romanian travels. Found in the country’s northwest, it is considered the unofficial capital of Transylvania and is one of the more popular tourist destinations in the country.

The most likely focus of a visit to the city will be around its central Old Town, made up of several pedestrian streets and squares that have a welcoming atmosphere to them. As it happened, the city was having a massive festival going on during my visit and that only added to its upbeat, positive atmosphere. I never got a clear answer on what the festival was for, but it was good fun regardless.

It may seem kind of lame to start with a park, but I honestly really liked this park and always got the sense that Romanians really value these green spaces. That’s partly because they are never empty, there’s always people sitting having a chatting or getting some exercise and just a general community feel. The park runs along the river and stretches out towards a small lake that was clearly a very popular spot for wedding receptions and photo shoots. ...... (follow the instructions below for accessing the rest of this article).
This article is featured in the app "GPSmyCity: Walks in 1K+ Cities" on iTunes App Store and Google Play. You can download the app to your mobile device to read the article offline and create a self-guided walking tour to visit the attractions featured in this article. The app turns your mobile device into a personal tour guide and it works offline, so no data plan is needed when traveling abroad.