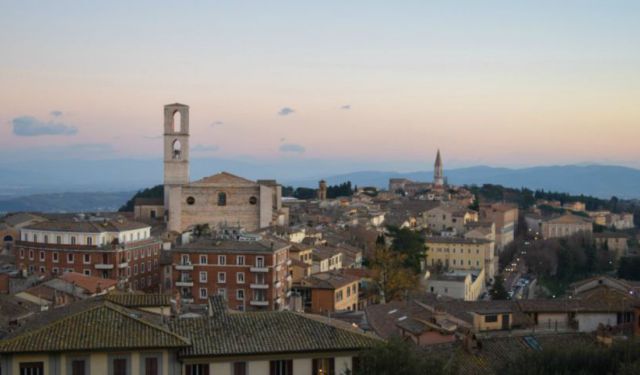 For whatever reason, I was intrigued by the idea of visiting the city of Perugia in the Umbria region of Italy. So when I found decent flights for my visit home to Australia out of Rome, I decided to visit a few places in Italy on the way. Perugia was the first place on my list.

Having not visited the region of Umbria before then, I wasn’t entirely sure what to expect or how it differed from nearby regions like Tuscany and Emilia-Romagna. I knew a friend who had briefly visited and said he liked his time, but beyond that I knew next to nothing of what there was to do in Perugia. Turns out, there’s plenty of things to do.

Why not start with probably the most striking building in all of Perugia? The Palazzo dei Priori is situated in the centre of the old town of Perugia and was home to the civilian magistrate and later the local governor. Over the Grand Portal seen above were the symbols of the city, a Griffin and a Lion, not to mention the keys to the city of Siena upon a chain, for a time. ...... (follow the instructions below for accessing the rest of this article).
This article is featured in the app "GPSmyCity: Walks in 1K+ Cities" on iTunes App Store and Google Play. You can download the app to your mobile device to read the article offline and create a self-guided walking tour to visit the attractions featured in this article. The app turns your mobile device into a personal tour guide and it works offline, so no data plan is needed when traveling abroad.