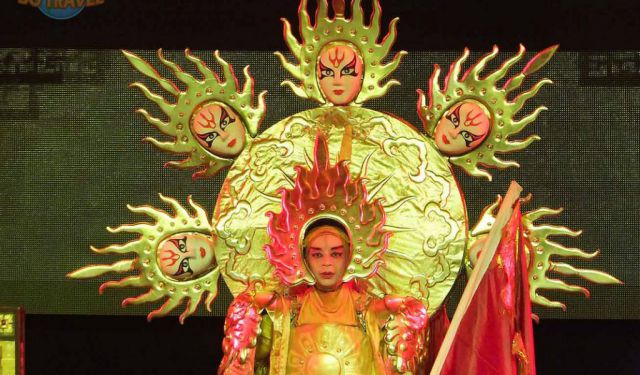 Chengdu is in the Sichuan province of China around 1.5 hour's flight from Xi'an and is probably most famous for the Giant Panda Breeding Research Base, but it is also full of other unexpected surprises.

Now, I don’t know about you, but when we first heard of this City, we thought it would be small, maybe in the middle of nowhere, perhaps a bit rural; we didn’t even think there would be cash point machines so we made sure we had enough currency in our wallets just in case we ran out.

Out of all of the cities we had visited on our 18 day tour of China, Chengdu was definitely the most opulent! It’s a cosmopolitan Chinese metropolis which includes multiple ring roads and colossal malls with international high end brand-name stores. We stayed at the Yinhe Dynasty Hotel on a street filled with shops selling gold bars, the wealth in these shops was so great, there were security guards on every door.

We were told that not so long ago, the government pulled down all the old buildings and “re-branded” the city for investors which is why it has become a place of designer shops, skyscrapers and corporate industries such as IBM, Dell and Apple. ...... (follow the instructions below for accessing the rest of this article).
This article is featured in the app "GPSmyCity: Walks in 1K+ Cities" on iTunes App Store and Google Play. You can download the app to your mobile device to read the article offline and create a self-guided walking tour to visit the attractions featured in this article. The app turns your mobile device into a personal tour guide and it works offline, so no data plan is needed when traveling abroad.