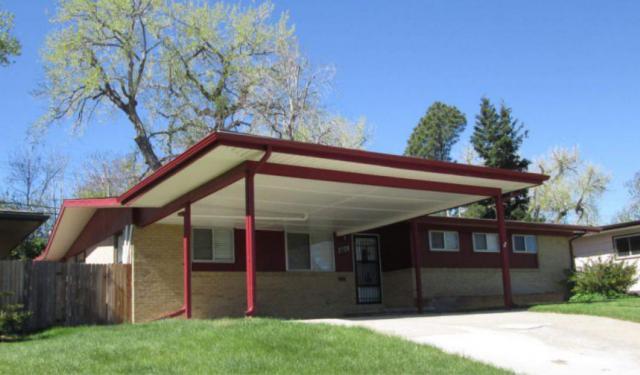 Fortunately, many of these neighborhoods remain intact, and they provide great eye candy for super walks. Here, I list three neighborhoods stuffed with mid-century architecture and fantastic ~3-mile loops to walk within them. Take your own walking tour of mid-century homes.

There are two mid-century neighborhoods in Virginia Village; they were built at a time when watermelon and asparagus fields gave way to affordable homes of the future. Before the growth spurt, the area was known as Sullivan. This area, a toll-call away from Denver, grew quickly, and soon the Denver Gardens and Cherry Creek Gardens subdivisions sported their futuristic “atomic” models. ...... (follow the instructions below for accessing the rest of this article).
This article is featured in the app "GPSmyCity: Walks in 1K+ Cities" on iTunes App Store and Google Play. You can download the app to your mobile device to read the article offline and create a self-guided walking tour to visit the attractions featured in this article. The app turns your mobile device into a personal tour guide and it works offline, so no data plan is needed when traveling abroad.