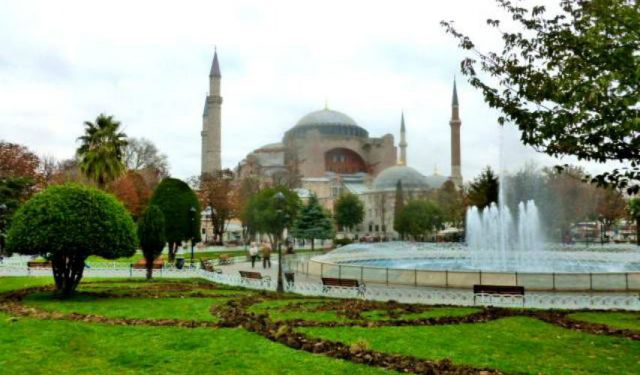 We can give you our top 5 reasons to visit the Topkapi Palace in Istanbul but after you visit you will probably have many more reasons. The Topkapi Palace is one of the top attractions in Sultanahmet, Istanbul. It is worth getting there early in the day, as the queues start well before the opening time of 9 am. Any later and you will find that once the buses arrive it can become quite congested. Even if you have only one day in Istanbul it is worth a visit.

To assist in visiting the Topkapi Palace the bestseller from Amazon “The Palace of Topkapi in Istanbul“ is well worth the read. You can wander around in awe within the palace grounds itself and the buildings, and you don’t want to miss anything.

In 1478 Mehmet the Conqueror constructed Topkapi Palace to be used as the administrative centre of the Ottoman Empire and the residence of the Sultans for 380 years. Over the centuries the palace undertook renovations after the devasting effects firstly of the earthquake in 1509 and then later a fire in 1665. There are 4 main courtyards and several smaller buildings. The Harem was the home for the women in the Sultan’s family. Sadly the Topkapi Palace lost its importance during the 17th century when the Sultans preferred to build along the Bosphorus instead. In 1923 at the end of the Ottoman Empire, the Topkapi Palace became a Museum. In 1985 it was declared a UNESCO World Heritage Site. ...... (follow the instructions below for accessing the rest of this article).
This article is featured in the app "GPSmyCity: Walks in 1K+ Cities" on iTunes App Store and Google Play. You can download the app to your mobile device to read the article offline and create a self-guided walking tour to visit the attractions featured in this article. The app turns your mobile device into a personal tour guide and it works offline, so no data plan is needed when traveling abroad.