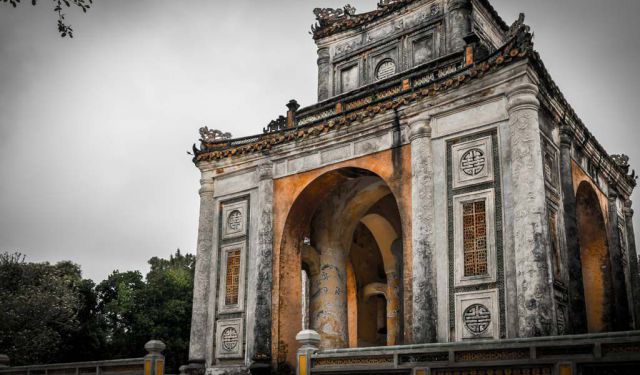 Situated at the geographic mid-point of Vietnam is the historical and mesmerizing city of Hue. Established as the imperial capital of Vietnam in 1802 under the Nguyễn Dynasty, it remained the country’s political, cultural and religious hub for nine dynasties until 1945. Such is its historical importance; Hue’s imperial citadel, royal tombs and temples are collectively inscribed into UNESCO’s list of World Heritage Sites.

For the potential visitor, we’ve taken the guesswork out of your planning by visiting Hue in Apr-2016 and coming up with the following list of Top 6 Must-See Places in Hue! Enjoy!

The construction of the Citadel started in 1804, after Emperor Gia Long (first Emperor of the Nguyễn Dynasty) took control of unified Vietnam. It is protected by fortified embankments and ringed by a moat. ...... (follow the instructions below for accessing the rest of this article).
This article is featured in the app "GPSmyCity: Walks in 1K+ Cities" on iTunes App Store and Google Play. You can download the app to your mobile device to read the article offline and create a self-guided walking tour to visit the attractions featured in this article. The app turns your mobile device into a personal tour guide and it works offline, so no data plan is needed when traveling abroad.