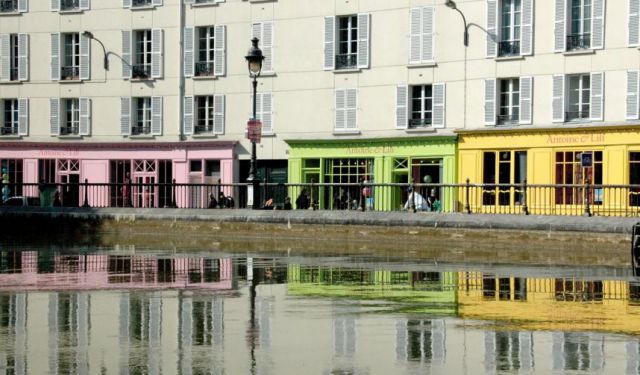 A Special Walking Route to Discover Paris, Paris, France (B)

The metro line 8 was the leitmotiv of my years in Paris, the linking line between my job, in Bastille and Garnier and my home sweet tiny home on the Canal Saint Martin. The line 8 accompanied me when I was late, when I was tired, when I wanted to read or when I just wanted to look at people. The line 8 was the last one that I took that cold late February morning, when I decided to take a last farewell to Garnier before flying away…

Actually I mainly walked along line 8 on the surface, station after station. In the morning, walking from home in République to The house in Bastille and then in the evening in the opposite direction, often keep walking until Opéra and often on roller blades to speed up.

On my days off I followed the same route, but slowly, taking my time, enjoying what every station surrounding has to offer.

The fearsome prison built by Richelieu is gone (!). It was taken in July 14th, 1789 and demolished bit by bit. Getting to this famous square you’ll find in its center the July Column. ...... (follow the instructions below for accessing the rest of this article).
This article is featured in the app "GPSmyCity: Walks in 1K+ Cities" on iTunes App Store and Google Play. You can download the app to your mobile device to read the article offline and create a self-guided walking tour to visit the attractions featured in this article. The app turns your mobile device into a personal tour guide and it works offline, so no data plan is needed when traveling abroad.