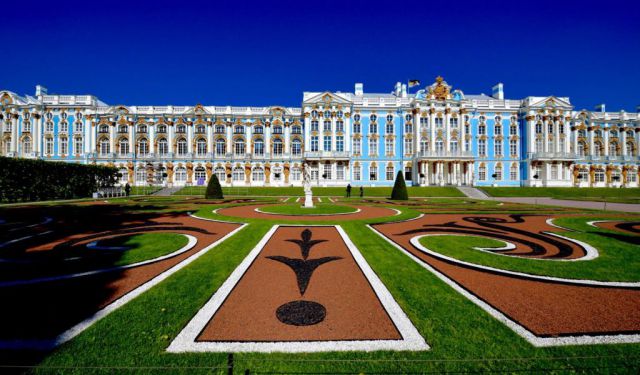 Best Things to Do in St Petersburg Russia, St. Petersburg, Russia (B)

The Imperial City of the Tsars and Tsarinas was built by Peter The Great with an eye on the west, as a display of Imperial Russia’s burgeoning position in the world. It was to become Russia’s first great, modern city.

A beautiful, creative city adorned with Baroque and Neoclassical buildings lining Venetian inspired canals. St Petersburg, Russia’s window to the west has grace and grandeur that will leave you both enamoured and impressed. This great city of Russia has so much to offer, but you can still manage to see the top attractions in St Petersburg even if you only have a few days.

If you want to get a feel for the real opulence of the House of Romanov, head to the summer residence of the Tsars, Catherine Palace. The Catherine Palace is where the Tsars and Empresses of Russia lived the high life in almost over the top proportions.

Initially commissioned by Catherine I, the palace was rebuilt on a grand scale by Empress Elizabeth using no less than 220 pounds of gold to decorate the interior. However, the palace is mainly associated with Catherine The Great who, ironically disliked the building describing it as “Whipped Cream”. She had nothing but contempt for her mother’s excesses and gaudy sense of style. ...... (follow the instructions below for accessing the rest of this article).
This article is featured in the app "GPSmyCity: Walks in 1K+ Cities" on iTunes App Store and Google Play. You can download the app to your mobile device to read the article offline and create a self-guided walking tour to visit the attractions featured in this article. The app turns your mobile device into a personal tour guide and it works offline, so no data plan is needed when traveling abroad.