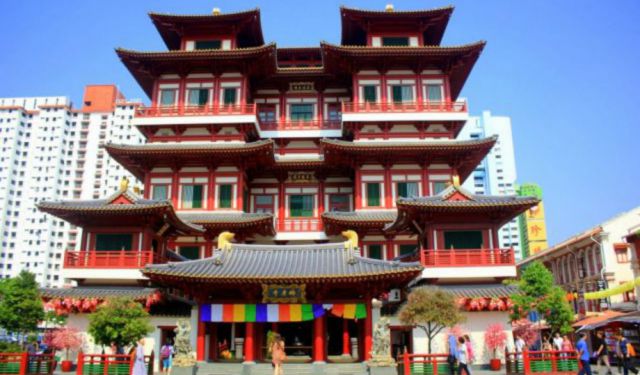 Before heading to Singapore, I came across the Economist Intelligence Unit’s 2014 Worldwide Cost of Living survey saying that the island city of Singapore had been named the world’s most expensive city to live in. I was almost sure that Tokyo was a leader in these statistics, but surprisingly Singapore took it over. Although Singapore is the most expensive place in the world to buy clothes, relies heavily on imported goods and has an increasingly strong currency, we did not find it that expensive. In fact, we think it’s much cheaper than Hong Kong especially when it comes to food and attractions.

YES! That means we have spent less than $25 each when in Singapore, actually it was much less than we expected to spend. Here is the breakdown of our costs of one day spent in Singapore:

Luckily for us, we managed to explore Singapore without booking anything. We did not do couchsurfing either. How did we do it then? We simply didn’t sleep much. Not much means having a few short 30 minute naps and off we go explore what Singapore has to offer! ...... (follow the instructions below for accessing the rest of this article).
This article is featured in the app "GPSmyCity: Walks in 1K+ Cities" on iTunes App Store and Google Play. You can download this article for FREE and read it offline on your mobile device.