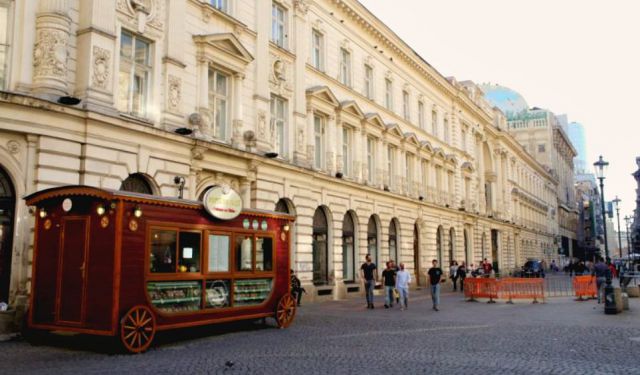 Bucharest in 24 Hours, Bucharest, Romania (B)

As Romania’s Capital, Bucharest is covered in the country’s history. From the National History Museum to several ancient buildings and churches, you’ll feel as though you’ve been sent back in time by hundreds of years.

Despite the wealth of things to see and do in the city, we think that the main attractions (including some incredible food places) can be visited in just 24 hours. Here’s our guide to Bucharest in 24 hours.

The first place on our list for visiting Bucharest is Parliament Palace. This is where the Romanian Parliament convenes and discusses issues over their country. It is a truly fascinating building – and it also happens to be the largest parliament building in the world. It’s so big in fact, that when the Structure was put up, a ninth of Bucharest had to be reconstructed to make room for it.

You can, of course, go on a tour around the building for 25 to 55 RON (US $ 6 – 14). Tours will leave every half an hour and take around 45 minutes. As this is the first place on our list, note that Parliament Palace doesn’t open until 9 am. So, you’ll either be able to have a nice lie in, or go out for a big breakfast. You could even head to Izvor Park, just opposite, first, and then come to Parliament Palace. ...... (follow the instructions below for accessing the rest of this article).
This article is featured in the app "GPSmyCity: Walks in 1K+ Cities" on iTunes App Store and Google Play. You can download the app to your mobile device to read the article offline and create a self-guided walking tour to visit the attractions featured in this article. The app turns your mobile device into a personal tour guide and it works offline, so no data plan is needed when traveling abroad.