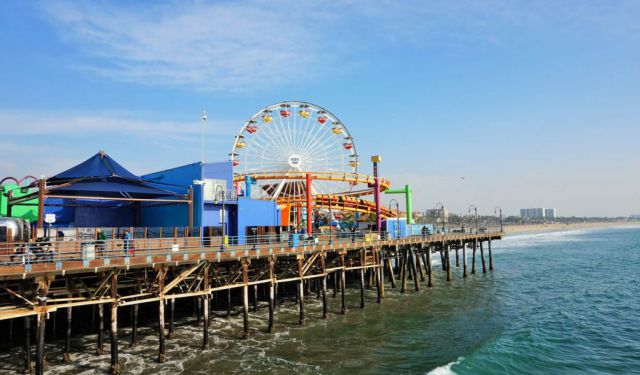 California Dreamin’ – Things to Do in LA, Los Angeles, California (B)

She’s blond. She’s totally into movies. She loves music. She’s into healthy stuff and loves organic & Mexican food. Well, sometimes she just wants to eat a great burger! She’s got implants and a facelift. She’s a hope for small-town dreamers. She loves shopping. She’s totally into sports, especially basketball and baseball. She likes to visit museums and enjoys art. And she loves Mickey Mouse! Yes, she is Los Angeles!

L.A. is a place where fantasy meets reality. A mecca for beach-bodies and celebrities but also a city known for gang crimes and traffic jams. Spreading across 1,300 square kilometers and inhabiting over 18 million people (greater Los Angeles area), Los Angeles is the largest SoCal city and the second most populated metropolitan area in the United States. “L.A”, “City of Angels” or “La-la-Land” – known for its amazing climate, ethnic diversity and being the center of the American entertainment industry. We had the chance to explore the city for a few days, trying to catch up the myth that goes along with it. We put together our impressions and a small list of our best things to do in LA. ...... (follow the instructions below for accessing the rest of this article).
This article is featured in the app "GPSmyCity: Walks in 1K+ Cities" on iTunes App Store and Google Play. You can download the app to your mobile device to read the article offline and create a self-guided walking tour to visit the attractions featured in this article. The app turns your mobile device into a personal tour guide and it works offline, so no data plan is needed when traveling abroad.