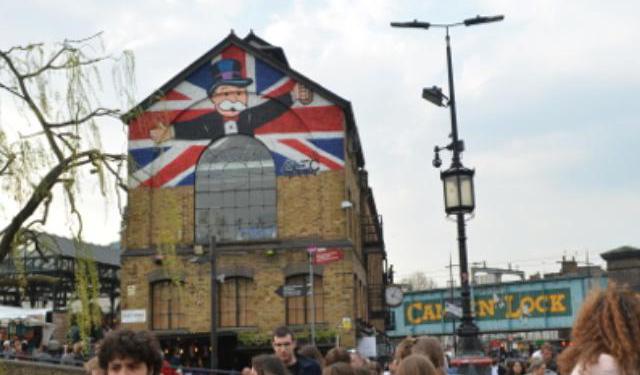 Good markets bring people out in droves, but none are quite as over-the-top as London’s Camden Market. Open daily until about sundown, the markets are bursting with people eating, drinking and shopping, especially on the weekend.

To call this a “market,” simply doesn’t do it justice. In actuality, the area of Camden Market also known as Camden Lock or Camden Lock Market is made up of several adjoining markets, which include a mix of permanent establishments and pop-up food truck-style joints. The biggest appeal of Camden Market is the ability to get an incredible variety of international foods, snacks, and drinks all in one extremely laid back atmosphere.

Though you get the sense that it’s a little on the hipster side, with a gourmet butcher named Roadkill and Vegan cake stands, the market has been around in some way or another since the 70s before hipsters were even a thing. Camden Market began as a series of weekend craft markets that became more and more popular, leading to the creation of semi-permanent and eventually permanent installations that are open all week long. ...... (follow the instructions below for accessing the rest of this article).
This article is featured in the app "GPSmyCity: Walks in 1K+ Cities" on iTunes App Store and Google Play. You can download the app to your mobile device to read the article offline and create a self-guided walking tour to visit the attractions featured in this article. The app turns your mobile device into a personal tour guide and it works offline, so no data plan is needed when traveling abroad.