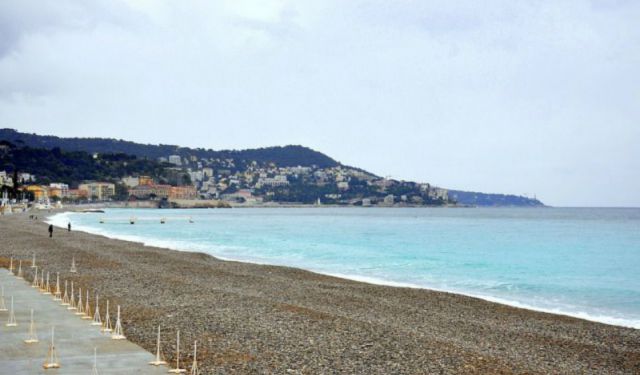 Everything is Nice in Nice, Nice, France (B)

Nice was nice. Actually better than nice. Every inch of it was awesome. Yeah..I am talking about the most beautiful and popular Mediterranean city along Côte d’azur a.k.a French Riviera. We booked our holidays in Côte d’azur to celebrate our wedding anniversary in March, when the weather god was almost cruel on us sending snows and hailstorms our way in UK. But Nice was different. It welcomed us with warmth and sunshine and 17 degree C. Not bad huh!

Nice cuddles the most impressive Mediterranean coastline and boasts of not just 1, but almost 30 crystal azure beaches. While the city itself was charming, the warm Mediterranean climate makes it the most compulsive beach holiday destination throughout the year. Although the city gets soaked with tourists during summer, you can still enjoy the sun during winter and early spring.

Promenade des Anglaiss is the celebrated promenade in France. During the later 18th Century, a lot of English people started to spend the winter in Nice to escape the harsh winter in UK. The idea of building a walkway was proposed by English, and hence it got it’s name Promenade des Anglais(Path of English). It is 7kms long and runs from city centre to the airport. This promenade is a boon for joggers/walkers, skaters and cyclists. There are 24 hour self-hire bicycle service available all through the year in the promenade which eases the work for tourists like us. Facing the promenade are modern buildings and holiday apartments with numerous cafes and restaurants. ...... (follow the instructions below for accessing the rest of this article).
This article is featured in the app "GPSmyCity: Walks in 1K+ Cities" on iTunes App Store and Google Play. You can download the app to your mobile device to read the article offline and create a self-guided walking tour to visit the attractions featured in this article. The app turns your mobile device into a personal tour guide and it works offline, so no data plan is needed when traveling abroad.