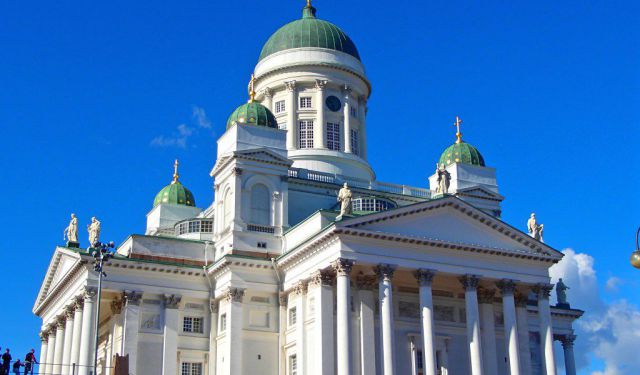 Passing through Helsinki (Finland) and only have a few hours to spare? Stuck in a long and boring transit at Helsinki-Vantaa Airport? Fret not! Make good use of your time and explore the best of central Helsinki in 4 hours or under!

Helsinki is Finland’s largest city and its capital; the latter a title it has held since 1812. Founded in 1550, Helsinki (also known as “Daughter of the Baltic”) has long been the political, financial and cultural hub of the country. Its importance and fascinating history are evident by the historical monuments/buildings that dot the city central.

Located at the tip of a peninsula in southern Finland, Helsinki is well-connected (in both historical and transportation terms) to Stockholm and St Petersburg.

“Helsinki is located some 80 kilometres (50 mi) north of Tallinn, Estonia, 400 kilometres (250 mi) north east of Stockholm, Sweden, and 388 kilometres (241 mi) west of Saint Petersburg, Russia. Helsinki has close historical connections with these three cities.” (Wikipedia) ...... (follow the instructions below for accessing the rest of this article).
This article is featured in the app "GPSmyCity: Walks in 1K+ Cities" on iTunes App Store and Google Play. You can download the app to your mobile device to read the article offline and create a self-guided walking tour to visit the attractions featured in this article. The app turns your mobile device into a personal tour guide and it works offline, so no data plan is needed when traveling abroad.