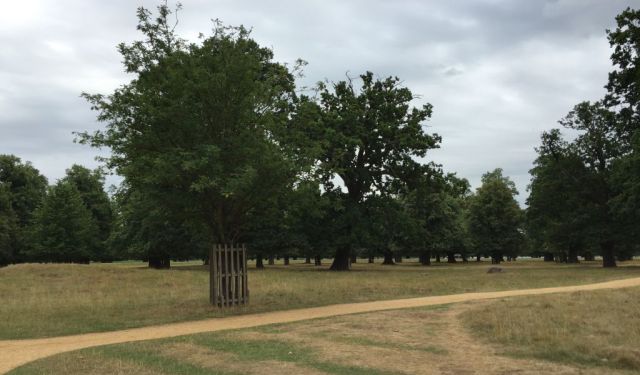 I recently wrote about my love of the various parks in London in particular, Richmond Park, which is very close to where I live and is one of my favourites. But, not too far away and rapidly growing in my affections is Bushy Park.

Standing within the shadow of Hampton Court Palace and stretching to Teddington, Bushy has a mix of woodland filled with ancient trees, streams, ponds, parkland and let us not forget the deer which run wild too. Well, not so much run but stand and chew grass – perfect for having a nosey and taking some pictures.

The area has the remains of medieval farmland, remnants of the Bronze age have been found there and it is a very regal park indeed. It used to be part of Hampton Court and Henry VIII would hunt deer there. Later, Charles I established the main road, Chestnut Avenue which dissects the park from Teddington to Hampton. It was designed by Sir Christopher Wren along with the ‘Diana’ Fountain commissioned by King Charles I for his wife Henrietta Maria. The bronze statue of a goddess sits upon the fountain and is surrounded by bronzes of four boys, four water nymphs and four shells. ...... (follow the instructions below for accessing the rest of this article).
This article is featured in the app "GPSmyCity: Walks in 1K+ Cities" on iTunes App Store and Google Play. You can download the app to your mobile device to read the article offline and create a self-guided walking tour to visit the attractions featured in this article. The app turns your mobile device into a personal tour guide and it works offline, so no data plan is needed when traveling abroad.