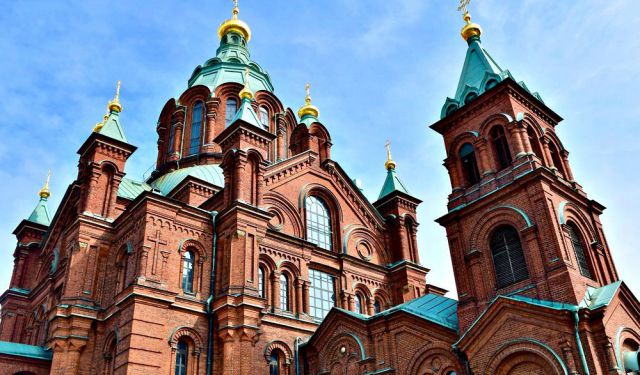 Helsinki: The Very Best of the Finnish Capital, Helsinki, Finland (B)

With a recent past in between Eastern and Western Europe, but always keeping its Nordic style, Helsinki has become a trendy destination that is growing in popularity among travellers.

Although Finland might be better known for its landscapes, lakes and charming cities located next to the Arctic Circle, the beautiful capital city is also well worth a visit.

Founded 1550 with the name of Helsingfors when Finland was still part of the Kingdom of Sweden, Helsinki originated as a new trading port to compete with Tallinn in Estonia, located just across the Gulf of Finland.

After the Russian conquest of Finland in 1809, Helsinki became the capital of the Grand Duchy of Finland. It was during this period that the city was developed to mimic the imperial style of other Russian cities.

After the Finnish declaration of independence in 1917, Helsinki was fully established the capital of Finland and has been the main driving force of the country since then.

I had already visited other countries in the area, such as Sweden or Denmark, so I was expecting Helsinki to be similar enough to their capital cities. However, as soon as I started exploring Helsinki, I realised how evident the previous Russian influence was in comparison to other Nordic countries. From Russian-style buildings to statues of previous tzars, the Finnish capital definitely has a very unique  ...... (follow the instructions below for accessing the rest of this article).
This article is featured in the app "GPSmyCity: Walks in 1K+ Cities" on iTunes App Store and Google Play. You can download the app to your mobile device to read the article offline and create a self-guided walking tour to visit the attractions featured in this article. The app turns your mobile device into a personal tour guide and it works offline, so no data plan is needed when traveling abroad.