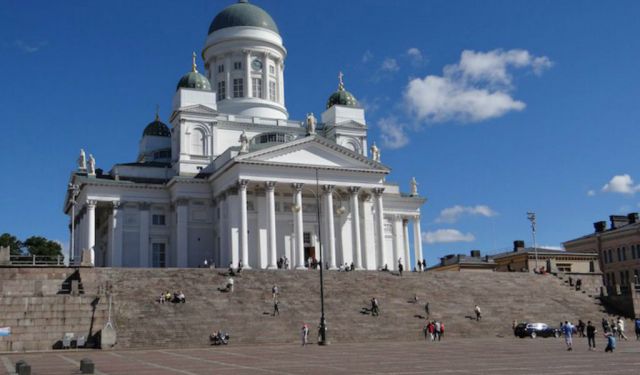 Before I visited I had no major preconceptions, except people I knew that had sailed in and out of Helsinki raved about how stunning that was. Helsinki is all about the sea and built on a series of peninsulas and islands with water all around. It is an important focal point for the city’s social activity, particularly in summer.

Helsinki is a relatively small city by global standards, with a population of just over 1.3 million with excellent facilities – making it very manageable for visitors. As it is only about 50 miles from Tallinn, 190 miles from St. Petersburg and 250 miles from Stockholm, it is a popular stop for Baltic cruises around the region.

It was much more beautiful than I had imagined it would be, and it proved to be a surprisingly interesting place. I’m not sure it’s a place that I would want to spend a lot of time in as there was not a lot of diversions and it struck me more as a city to visit to relax and chill in.

It’s a well-educated and affluent place. Although Finnish and Swedish are the official languages, you’ll find as an English speaker, it’s easy to find your way around Helsinki. It’s also a diverse city with around 130 different nationalities. There are large Russian and Estonian contingents as well as Swedish, Serbians, Somalian, Serbians and Chinese. ...... (follow the instructions below for accessing the rest of this article).
This article is featured in the app "GPSmyCity: Walks in 1K+ Cities" on iTunes App Store and Google Play. You can download the app to your mobile device to read the article offline and create a self-guided walking tour to visit the attractions featured in this article. The app turns your mobile device into a personal tour guide and it works offline, so no data plan is needed when traveling abroad.