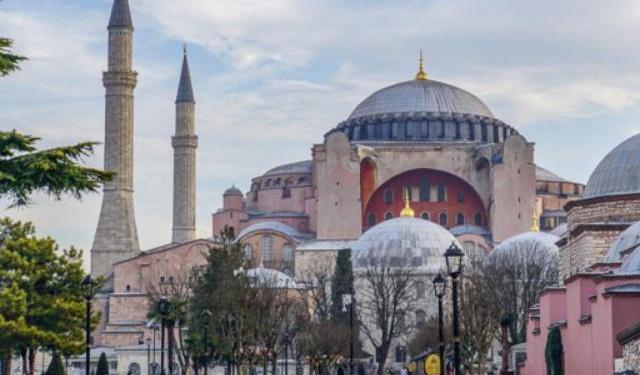 Istanbul, formerly known as Constantinople, is the only city in the world that straddles two continents, Europe and Asia. The city of 14 million people is the largest city in Europe and one of the most visited in the world. Istanbul is split into three areas by bodies of water. The Bosphorus Strait separates the European side and the Asian side. The European side is further split into two by the Golden Horn. North of the inlet is Beyoĝlu (New Town) while south is the historic area, Sultanahmet.

Though spread out, all the sections may be reached on a variety of public transportation which includes trams, subways, buses, and ferries. It is best to purchase an Istanbul Kart card if riding public transportation more than six times. The Instanbul Kart card may be purchased at any of the yellow machines near the stations for 6TL, about $1USD. Only one is needed for five people as it may be rescanned at the turnstile for each person. While the yellow machines are only in Turkish, the card is easy to purchase and to add money on it. Most importantly, the machines do not provide change or take change for the Kart card, so have appropriate small bills. For example, I inserted 10TL for my card which gave me the card with 4TL loaded on it. 4TL is generally more than enough to take a single ride which is discounted with the use of the card. Transfers within 2 hours are also discounted. ...... (follow the instructions below for accessing the rest of this article).
This article is featured in the app "GPSmyCity: Walks in 1K+ Cities" on iTunes App Store and Google Play. You can download the app to your mobile device to read the article offline and create a self-guided walking tour to visit the attractions featured in this article. The app turns your mobile device into a personal tour guide and it works offline, so no data plan is needed when traveling abroad.