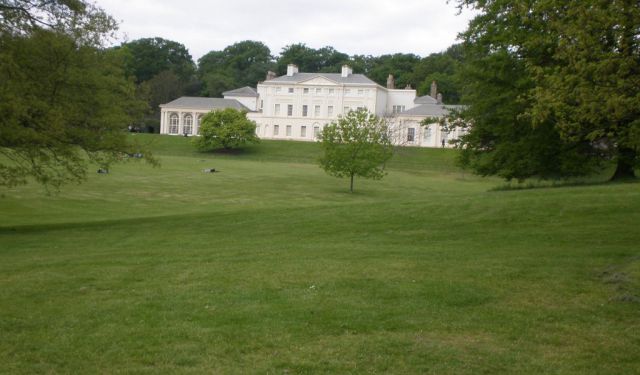 I’ve been to London 11 times but this year I visited for the first time the beautiful and affluent London neighbourhood called Hampstead. I spent a wonderful day walking around Hampstead’s charming streets and I bumped into a few celebrities (Emma Thompson and Rowan Atkinson, be still my heart ). Moreover, I almost got lost in the huge forest-like Hampstead Heath park. There you can find one of the most recognizable properties run by the English Heritage and immortalized in Richard Curtis’s movie Notting Hill. Of course, I’m talking about the Kenwood house. My reason for visiting this stately home was the aforementioned movie with Julia Roberts and Hugh Grant. It’s one of my favourite feel-good movies.

Kenwood house was built in the early 17th century. It was bought by 1st Earl of Mansfield in 1754. He hired the famous Scottish architect Robert Adam to transform the house in the neoclassical mansion you can see today. In the subsequent years several additions to the house were made such as the offices, the kitchen buildings, the brewery and the diary. In 1925 Lord Iveagh (Edward Guinness-the beer magnate) bought the house from the Mansfield family. After only two years Lord Iveagh died and left the house and his priceless paintings to the nation. Already in 1928 Kenwood house was opened to the public. The entrance is still free of charge today. In the house you’ll see a collection of paintings which mostly consists of Old Master portraits, landscapes, 17th century Dutch and Flemish works and British artists. ...... (follow the instructions below for accessing the rest of this article).
This article is featured in the app "GPSmyCity: Walks in 1K+ Cities" on iTunes App Store and Google Play. You can download the app to your mobile device to read the article offline and create a self-guided walking tour to visit the attractions featured in this article. The app turns your mobile device into a personal tour guide and it works offline, so no data plan is needed when traveling abroad.