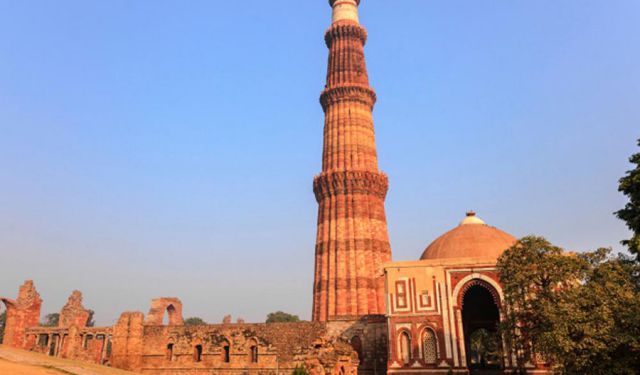 Believed to be inhabited before the second millennium BC, Delhi is the national capital territory of India. Historically and culturally rich, this region has seen many wars and rulers and even today continues to mystify the traveler. Delhi has, for centuries, served as the capital for several kingdoms and empires, has been captures, plundered and rebuilt over and over again and is today, a travelers delight, offering insights into a turbulent past. New Delhi, India’s capital city is a a municipality and district in Delhi.

Agreed – Delhi has one of the finest metro systems in the world – fast, efficient, safe and cheap and one of the busiest airports in Asia. The food, largely influenced by the Mughals, is lip-smacking, along with the street food that caters to the pace of today’s life. It is an interesting mix of the old and the very modern.

A quick mention of some of the most popular places to eat here – Parathe Wali Gali in Old Delhi and Karims (Opp Juma Masjid, Old Delhi) are two of the oft visited eateries in this side of town. ...... (follow the instructions below for accessing the rest of this article).
This article is featured in the app "GPSmyCity: Walks in 1K+ Cities" on iTunes App Store and Google Play. You can download the app to your mobile device to read the article offline and create a self-guided walking tour to visit the attractions featured in this article. The app turns your mobile device into a personal tour guide and it works offline, so no data plan is needed when traveling abroad.