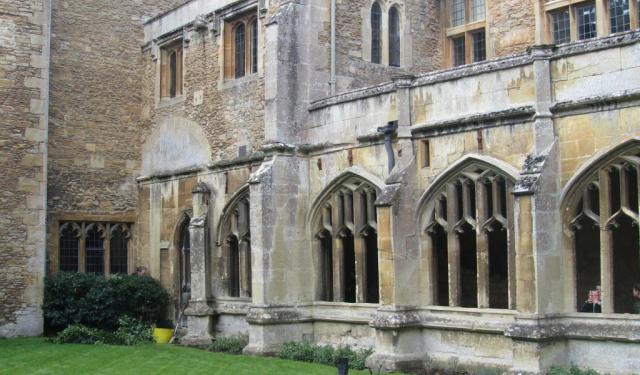 On the Trail of Fantastic Beasts and Harry Potter, Chippenham, England (B)

It’s not difficult to find Fantastic Beasts and Harry Potter in Lacock. You just have to know where to look.

The medieval village of Lacock in Wiltshire, with its timber-framed cottages and stunning abbey, has to be one of the prettiest villages in England. Wander through the streets and you’d be forgiven for thinking you’d stumbled upon a film set. The beautifully preserved stone cottages look like they belong in another age. There are no television aerials or overhead cables to spoil its old world look.

As you walk around, some of the streets and houses might start looking a bit familiar. The village has been used as the setting for numerous films from Harry Potter and Fantastic Beasts to Pride and Prejudice and Wolfman and TV series like Cranford and Downton Abbey.

The village dates from the 13th century and was once the centre of the medieval wool trade. The 15th-century wool merchant’s house is now an inn called Sign of the Angel, which stood in for the Babberton Arms in Harry Potter and the Half-Blood Prince. ...... (follow the instructions below for accessing the rest of this article).
This article is featured in the app "GPSmyCity: Walks in 1K+ Cities" on iTunes App Store and Google Play. You can download the app to your mobile device to read the article offline and create a self-guided walking tour to visit the attractions featured in this article. The app turns your mobile device into a personal tour guide and it works offline, so no data plan is needed when traveling abroad.