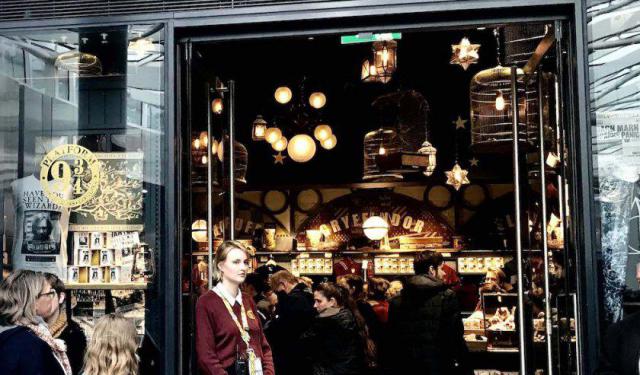 Paddington Bear, Winnie the Pooh, Peter Pan, and Harry Potter: Two bears + two boys = four beloved characters from children’s literature who are commemorated in London. Read on to find out where you can find them…

“Mr. and Mrs. Brown first met Paddington on a railway platform. In fact that was how he came to have such an unusual name for a bear, for Paddington was the name of the station.”

On platform 1 under the clock you’ll find a bronze statue of the little Peruvian bear called Paddington. He’s wearing a note around his neck, placed there by his aunt, which reads, “Please look after this bear. Thank you.” And, even though we can’t see it, we can be pretty sure he has a marmalade sandwich tucked up under his hat. The little bear is sitting right where he might have been when the Brown family met him and decided to take him home.

Nearby there’s a bench with Paddington painted on it and a plaque saying that scenes for the Paddington movie were shot in the station. ...... (follow the instructions below for accessing the rest of this article).
This article is featured in the app "GPSmyCity: Walks in 1K+ Cities" on iTunes App Store and Google Play. You can download the app to your mobile device to read the article offline and create a self-guided walking tour to visit the attractions featured in this article. The app turns your mobile device into a personal tour guide and it works offline, so no data plan is needed when traveling abroad.