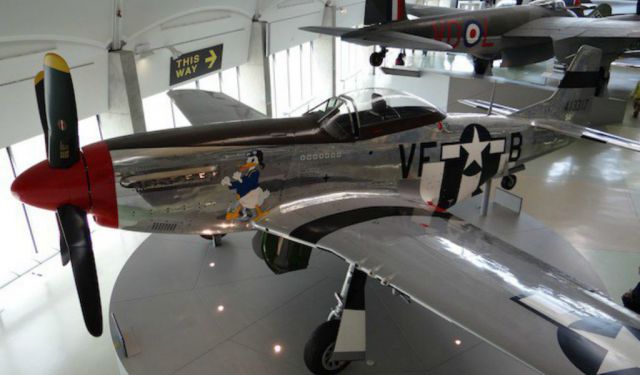 This article is about the RAF Royal Air Force Museum London. A review, photos and video tour of this fascinating slice of airborne history and battles

There are 3 RAF Museums in the UK. Two are open to public. RAF Cosford in the West Midlands, housing a huge collection including captured enemy aircraft, and this one in Colindale North of London.

The Milestones of Flight Hall features 3 main areas. First is the Pioneers Terrace. Suspended from the ceiling are significant and pioneering planes. You will see planes ranging from the early 1900s through to the Eurofighter which is 100 years older than many of the planes surrounding it. Many of the planes look rickety, and dangerous by comparison.

Each of the planes in the Milestones of Flight Hall has a story about its significance in the development of flight, and flying combat. Each has an information board explaining its background and history.

The hall was opened to the public on 17 December 2003. Exactly a century after the Wright Brothers made the world’s first powered flight. There is a huge History Timeline Wall is dedicated to the major steps in aviation since then. ...... (follow the instructions below for accessing the rest of this article).
This article is featured in the app "GPSmyCity: Walks in 1K+ Cities" on iTunes App Store and Google Play. You can download the app to your mobile device to read the article offline and create a self-guided walking tour to visit the attractions featured in this article. The app turns your mobile device into a personal tour guide and it works offline, so no data plan is needed when traveling abroad.