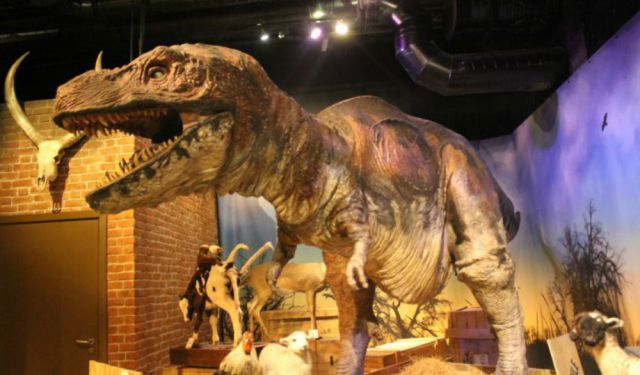 Ripley’s Believe It or Not! Is It Worth a Visit?, London, England (B)

Have you ever seen a sculpture of Superman which is smaller than the eye of a needle? Or stood beside the world’s smallest car? Or wondered how many people it would take to equal the weight of the heaviest man? No? Neither had I…until I took a trip to Ripley’s Believe It Or Not! in London.

I must have walked passed the museum on countless occasions in my travels around London’s Piccadilly Circus but never ventured in – until recently. It was a busy Sunday and with a slightly tired three year old, it provided a quiet sanctuary away from London’s busy streets.

I didn’t know a lot about Ripley’s Believe It Or Not! other than being aware that it specialised in the weird and wonderful things in the world.

Well, to give you a bit of background, the first ‘odditorium’ was set up by Robert Ripley in 1933. He was an American adventurer who travelled to over 200 countries in search of unbelieveable stories to feature in his popular newspaper ‘Believe It Or Not’ cartoon feature. He collected hundreds of exotic artefacts from across the globe and had a popular radio show. In 1949, shortly before his death, he branched into television, featuring the stars of his incredible stories on his own TV show. ...... (follow the instructions below for accessing the rest of this article).
This article is featured in the app "GPSmyCity: Walks in 1K+ Cities" on iTunes App Store and Google Play. You can download the app to your mobile device to read the article offline and create a self-guided walking tour to visit the attractions featured in this article. The app turns your mobile device into a personal tour guide and it works offline, so no data plan is needed when traveling abroad.

Create Your Own Self-Guided Walks in London
Guide Name: Ripley’s Believe It or Not! Is It Worth a Visit?
Guide Location: England » London
Guide Type: Self-guided Walking Tour (Article (B))
Author: Elizabeth Callaghan
Read it on Author's Website: http://www.wandermum.co.uk/ripleys-believe-not-london-worth-visit/
Sight(s) Featured in This Guide: