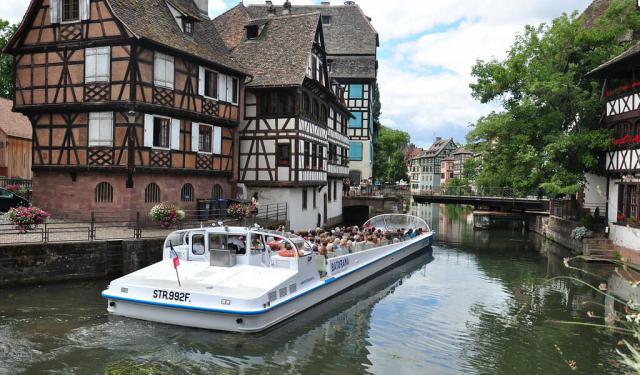 Strasbourg – A Perfect French and German Fusion, Strasbourg, France (B)

Snugged along the eastern France, close to the borders of Germany is the beautiful city of Strasbourg. It is a perfect blend of France and Germany by all means. Strasbourg has been the epicenter of French and German wars in the past. The city was seized every now and then by both the countries over centuries, finally becoming part of France after the world War II.

The off-shoot of war is the confluence of both French and German in culture, food, and architecture, for which it was given a UNESCO heritage site status. Beer and wine culture co-exist. Tradition of half-timbered medieval houses co-exist with french mansions along with soaring cathedrals and scenic canals. Strasbourg is not just the congruence of unique cross culture appeal. But it is international, multi-lingual and gastronomic delight, a cosmopolitan hub and home of many European institutions. It is a perfect place to wind up a laid back weekend here.

European climate makes it a perfect destination all year around. There are plethora of things to keep you busy in this pocket sized city. We have also put together our recommended attractions and places not to be missed while you are in Strasbourg. ...... (follow the instructions below for accessing the rest of this article).
This article is featured in the app "GPSmyCity: Walks in 1K+ Cities" on iTunes App Store and Google Play. You can download the app to your mobile device to read the article offline and create a self-guided walking tour to visit the attractions featured in this article. The app turns your mobile device into a personal tour guide and it works offline, so no data plan is needed when traveling abroad.