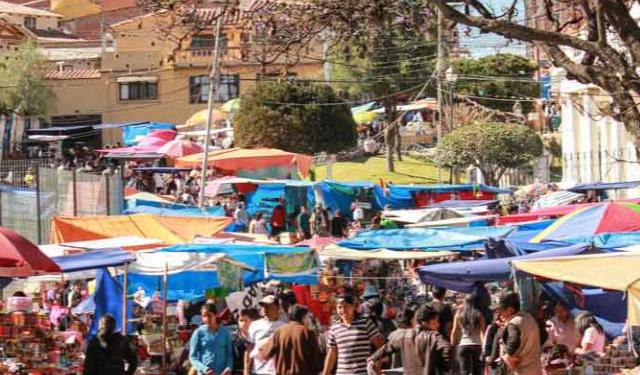 Bolivia’s beautiful ancient capital Sucre, is also known as the “white city” for its stunning white-washed architecture. This truly is an ancient city of Bolivia. With traces of human settlement around Sucre dating back to 10,000 BC, later, Spanish conquistadors named an indigenous settlement group occupying this region for a long period: “Charcas”. In the mid-14th century, the Incas colonised the Charcas’ territory and so it goes on…

Hoping for the best with the arrival of an actual bus in Potosí, we are pleasantly surprised that the bus is almost on time. Don’t forget your earplugs whenever you travel by bus in Bolivia, as the music blares out at alarming decibels. The few hours in the public bus is without incident as we descend from Potosí’s 4,000-plus metres, and down in to Sucre’s much lower level. I must apologise in advance for the lack of architectural photos in this post. The only reason I can think of for this lapse, is that I found the faces and markets much more interesting. ...... (follow the instructions below for accessing the rest of this article).
This article is featured in the app "GPSmyCity: Walks in 1K+ Cities" on iTunes App Store and Google Play. You can download the app to your mobile device to read the article offline and create a self-guided walking tour to visit the attractions featured in this article. The app turns your mobile device into a personal tour guide and it works offline, so no data plan is needed when traveling abroad.