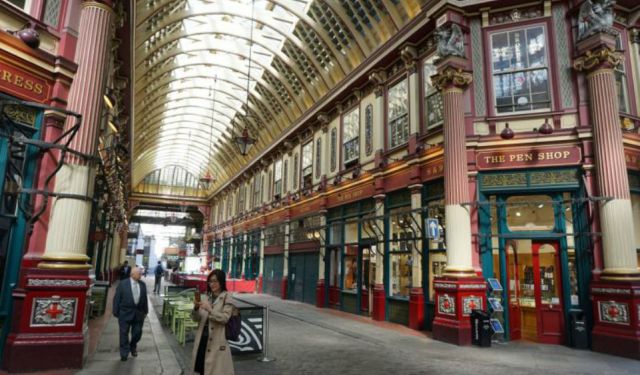 The Harry Potter Guide to London, London, England (B)

It’s been 20 years since Harry Potter and the Philosopher’s Stone was published. A whole generation of children has grown up dreaming of getting a letter from Hogwarts, of becoming witches and wizards and discovering magical worlds and enchanted creatures.

The British Library’s exciting new exhibition, Harry Potter: A History of Magic, has just opened to coincide with the anniversary and takes a look at the traditions and myths behind the magic of the books.

London is already a fantastic place to explore more of Harry Potter’s world. Famous London sights like Piccadilly Circus, Westminster tube station and the Millennium Bridge are all featured in the films and you can find the inspirations for the books and film locations for Diagon Alley, Gringotts Wizarding Bank and Platform 9 3/4 all over the city.

My 11-year-old and I went on a quest to find all the Harry Potter sights of London over the summer. Our walking tour will take you down Diagon Alley, past the entrance to the Ministry of Magic and show you where to buy your very own Marauder’s Map. ...... (follow the instructions below for accessing the rest of this article).
This article is featured in the app "GPSmyCity: Walks in 1K+ Cities" on iTunes App Store and Google Play. You can download the app to your mobile device to read the article offline and create a self-guided walking tour to visit the attractions featured in this article. The app turns your mobile device into a personal tour guide and it works offline, so no data plan is needed when traveling abroad.