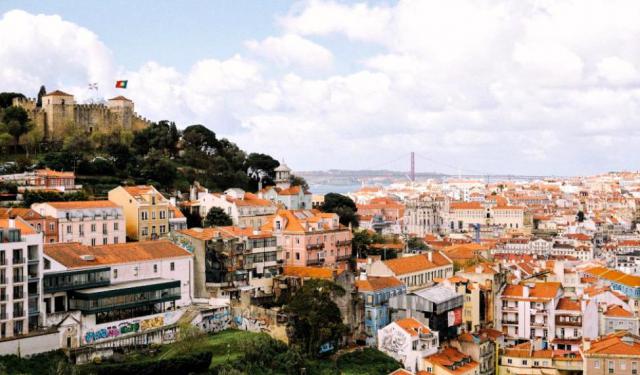 The Prettiest Neighbourhoods in Lisbon, Lisbon, Portugal (B)

Lisbon was one of the nicest surprises in my traveler history: I fell head over heels for the narrow, labyrinthic streets, the old trams and some of the prettiest views a city has to offer! A day-long layover on the way to NYC gave me the chance to revisit Portugal’s capital after a solo-trip in the cold of February 2015. More than 3 years later, the charm of Lisbon still has wrapped me around its finger and sparkled my motivation to do a more detailed roundup (with some updated photos) about one of the most beautiful European cities imo. So here’s my personal Lisbon neighbourhood guide:

The actual downtown of Lisbon is the commercial centre of the city with the highest density of shops, cafés and restaurants. Due to it’s central location and as a transportation hub, it’s always been my preferred base for my Lisbon explorations. Some of the largest city squares like Rossio and Praca do Comercio can be found in the downtown area as well as the Elevador de Santo Justa which not only gives you a nice view but also connects the lower streets with the higher city levels. ...... (follow the instructions below for accessing the rest of this article).
This article is featured in the app "GPSmyCity: Walks in 1K+ Cities" on iTunes App Store and Google Play. You can download the app to your mobile device to read the article offline and create a self-guided walking tour to visit the attractions featured in this article. The app turns your mobile device into a personal tour guide and it works offline, so no data plan is needed when traveling abroad.