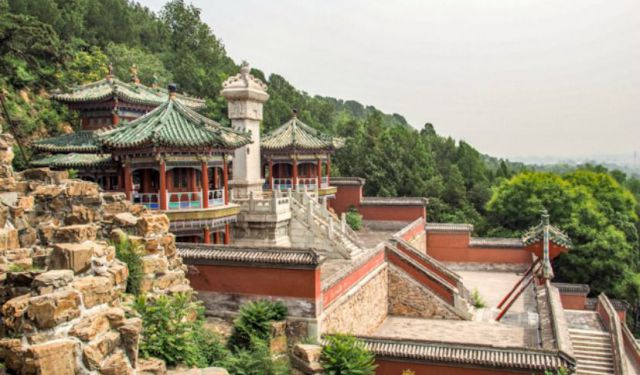 The Top Three Sites to Visit in Beijing in a Day, Beijing, China (B)

While I’d rather be out in nature, I always feel obligated when I’m in a major city to at least go to a few of the famous sites. As such, we planned a day at the most famous sites in Beijing: the Temple of Heaven, the Summer Palace, and the Forbidden City.

I think we spent more time in the car driving in the horrific traffic than actually touring the sites, but so be it. Today, those who owned cars with license plates ending in 2 and 6 were restricted from driving. I think they might need to add a few more to reduce the gridlock. Or provide more free bicycles.

There are free bicycles in about every color. The nice part about China’s program, is they don’t have to be taken back to the station. They can be left anywhere for the next person to use. I find this much more convenient than the program we have in the states. Then again, it likely works for China since Beijing is home to 23 million people.

For the people that know me, they’d probably be shocked to hear I welcomed some of the traffic today. It gave us a longer time to enjoy the A/C and less time with the mobs of people. I was stunned to see how many Chinese tourists visited these sites. Now that the Chinese have been allowed to travel, they are making the most of it. They pose with their selfie sticks in every corner of the famous places. ...... (follow the instructions below for accessing the rest of this article).
This article is featured in the app "GPSmyCity: Walks in 1K+ Cities" on iTunes App Store and Google Play. You can download the app to your mobile device to read the article offline and create a self-guided walking tour to visit the attractions featured in this article. The app turns your mobile device into a personal tour guide and it works offline, so no data plan is needed when traveling abroad.